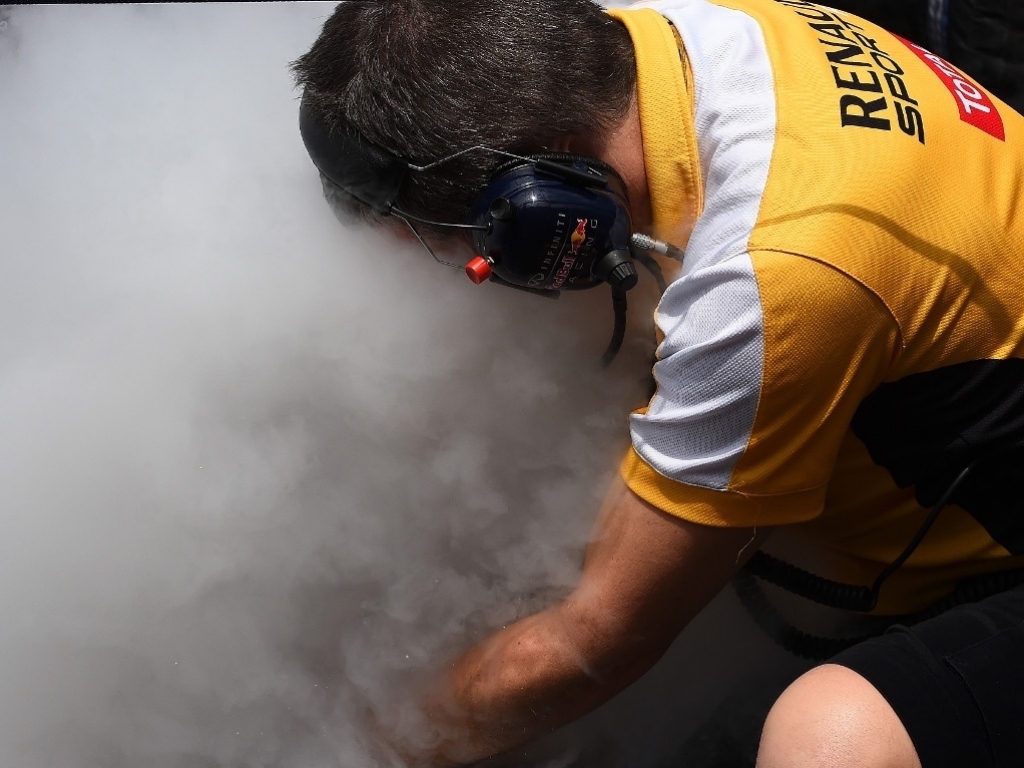 Don't expect Renault to make an announcement on their Formula 1 future before September with the company saying they are far from making a decision.

The French manufacturer revealed earlier this year that it is considering its options, adding it could quit the sport altogether or buy an existing outfit and run it as a works team.

The Lotus squad, owned by Renault from 2002 until 2011, and Toro Rosso were initially strongly linked with the company, but talks with the latter have gone quiet.

Meanwhile F1 commercial rights holder Bernie Ecclestone claimed last week that a decision will be made soon, but Renault managing director Cyril Abiteboul has now confirmed that they won't make announcement for at least another month.

"It's no secret we are working a lot on lots of things, including trying to make our engine more competitive because frankly without a competitive engine there is no story whatsoever," he told Autosport.

"It's also true we are looking into different options, but there is no immediate decision.

"It's a long-term process because anything to be decided is a long-term decision, so we are not going to rush anything.

"We will not make further comments before September at the earliest.

"We are far from the conditions required to make the right decision."

Renault's engine deal with Red Bull and Toro Rosso runs until the end of next year and, although there has been a little tension between the parties the past two seasons, the French company is determined to continue to make sure it delivers a good product to their partners.

"Any decision will be one for good and impacting on our strategy on the long term," he added.

"We prefer to wait a bit to ensure we make the right decision, we go in the right direction rather than rushing based on wrongful assumptions.

"Right now we have a contract in place with Red Bull and Toro Rosso we will be honouring until the end of 2016.

"They are two fantastic teams, very demanding, but we want to do a good job as quickly as possible for their satisfaction.

"So it gives us a bit of time to ensure we have the right programme in place for beyond that point if the decision is made to do something different beyond what we are doing.

"So as I say there's no rush, let's see where things take us, but I would say also what we are working on in Renault is not just Formula 1.

"There are a lot of very exciting projects we are working on, and I'm looking forward to these.

"Clearly Renault has every intention to remain committed, and to remain a very big player in motorsport."