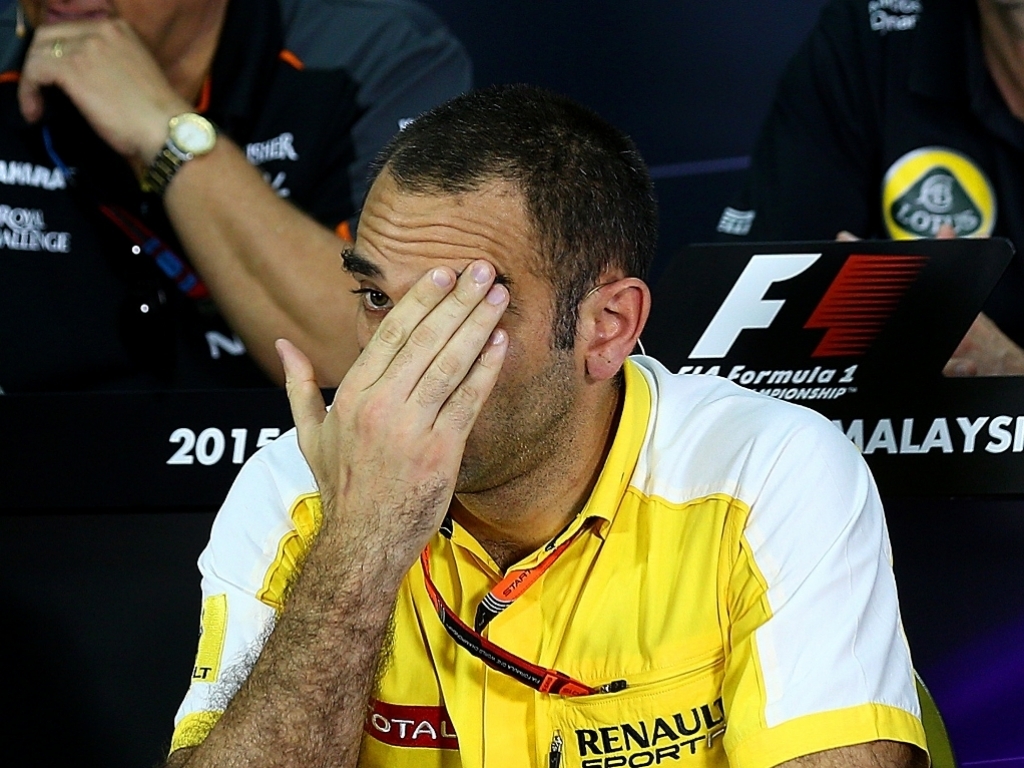 Cyril Abiteboul believes Renault's decision to continue with "very high maintenance" Red Bull is a sign that the company is willing to "think forward."

Last year the relationship between the former World Champions and their engine supplier broke down.

Red Bull accused the French carmaker of being responsible for the decline in their results and weren't afraid to publicly say so.

This prompted the F1 team to seek to dissolve their partnership but with none of the other engine suppliers willing to do business with them, the four-time World Champions negotiated a new deal with Renault.

That deal will see Red Bull run rebranded Renault engines in 2016 that will carry the TAG Heuer name.

Asked about the 'difficulties of getting his bosses to approve the new deal' given the acrimonious relationship, Renault's F1 managing director Cyril Abiteboul told Motorsport.com: "I think one of the strengths of Renault's board is to be extremely pragmatic and to have the capacity first to trust the project team and secondly to look at the future rather than to look at the past.

"I think they were convinced by what we put forward, of an extension of the collaboration with Red Bull but with a number of completely different conditions. And on the basis of those conditions, it was clearly a good thing to do."

He added: "Renault needs to be much more opportunistic than we have been so far if we want to be successful in this business.

"So it was the first test in my opinion, and a test passed very well by Renault, of its capacity to think forward in doing what it takes to be extremely successful, rather than being camped in a certain position because of what happened in the past."

However that "past", Abiteboul says, did hurt Renault last season.

Having to deal with Red Bull continued complaints cost the French manufacturer "time" and "resources" that could have been put to better use.

But despite that he admits that Renault were "more responsible" for the disappointing pace of the power unit.

He added: "I think that we lost a bit of our time and our resources in dealing with this relationship with Red Bull at all levels.

"Clearly Red Bull is a very high maintenance organisation as it is a top class organisation, and they are only interested in immediate success.

"It has a lot of upside, and it is an upside for an organisation like Renault that is much more long term analytic and long-term thinking.

"We thought Red Bull could have been good for us, but in reality I think it was a bit bad for us and negative to what we eventually put on track. It was clearly visible with the issues we had on track in Melbourne and the start of the season. So we needed to be a bit more pragmatic.

"Again, we tried to short cut certain aspects and we were not successful at all. That was negative to a certain degree, but I would also say marginal – because [struggles] were down simply to the lack of genuinely good stuff that we had available in terms of concept, in terms of development budgets, that we could have put through.

"We were more responsible than Red Bull to the overall disappointing performance of the engine."