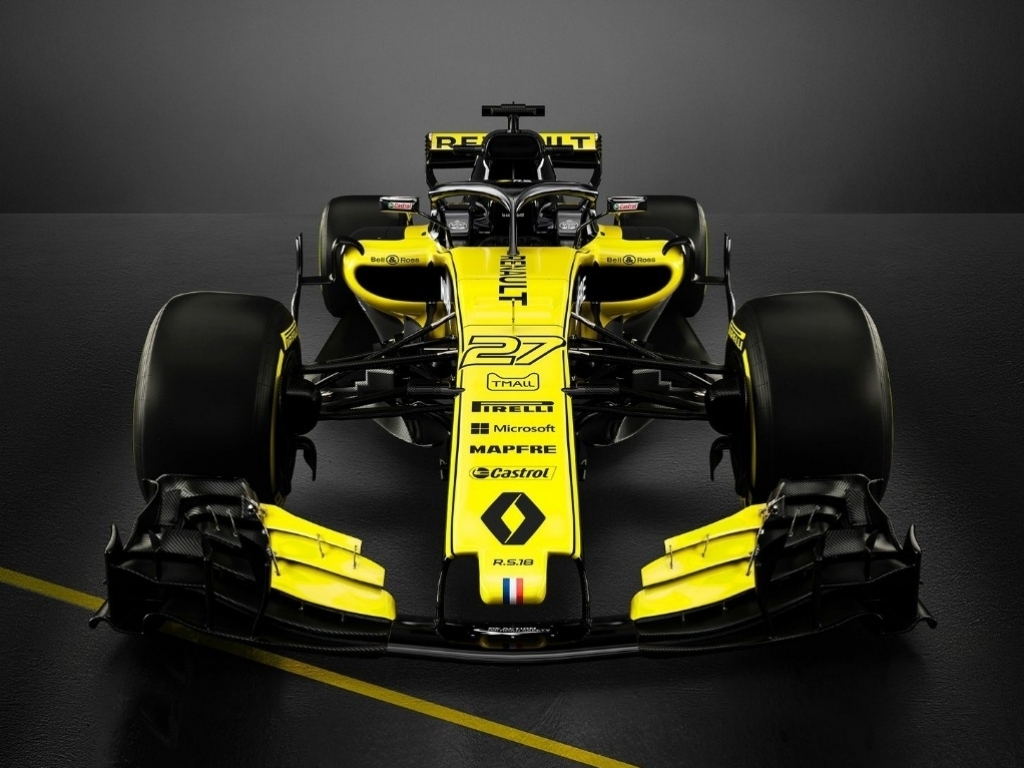 Renault’s R.S.18 has completed its first laps on track since launching after a filming day at the Circuit de Catalunya.

Renault revealed the first shots of the their new car last Tuesday with the R.S.18 hoping to stand out a little more with a brighter yellow to offset the black colour scheme.

But attention was then soon drawn to the positioning of the sidepods and the rear bodywork of the car, which led to Renault confirming on social media that they had been ‘coy’ with their 2018 launch and that the initial shots were not entirely representative of the real thing.

We'll put our hand up on that one 🙋‍♀️ We've gone for coy. A taste of what's to come, to wet your appetite ahead of next week's testing.
The shade of #yellow is spot on though 😉 https://t.co/LkhBQenn1c

However, Renault have now released footage over the weekend showing the R.S.18 in action ahead of testing.

Here it is, as promised… First full run for the R.S.18! #RS18 #RSspirit pic.twitter.com/dl3LEyqePA