Home Uncategorized Retaining Kyvat was ‘the right thing to do’ 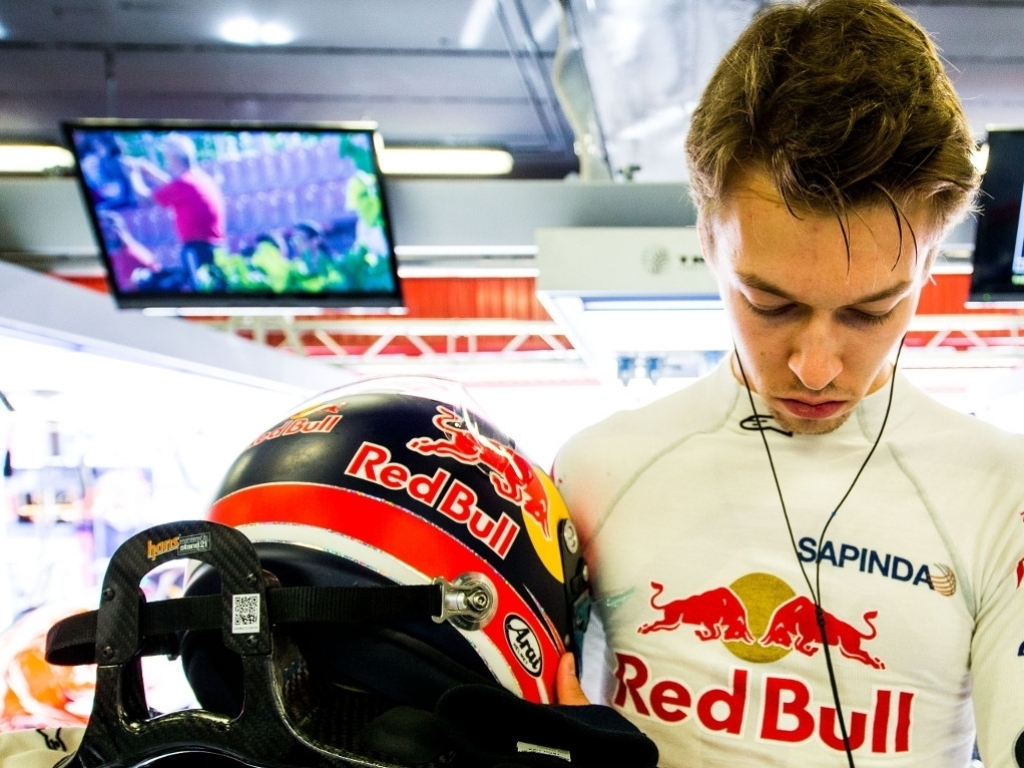 Christian Horner believes handing Daniil Kvyat a second chance was the right move by Red Bull as at 22 years of age it is “too early to throw in the towel.”

Demoted by Red Bull back to Toro Rosso after a wretched Russian Grand Prix weekend, reports suggested that Kvyat’s days with the Red Bull family were numbered.

However, instead of dropping the Russian racer, the team announced in Austin that he would stay on at Toro Rosso in 2017 as Carlos Sainz’s team-mate.

The decision has been welcomed by some and raised eyebrows with others as Red Bull have been known in the past to be rather ruthless with their young drivers.

Horner, though, reckons the team has made the right decision.

“It was the right thing to do,” said the Brit.

“Daniil had a tough year this year, he had a sensible year last year, and his confidence took a dent understandably.

“He has worked on rebuilding himself and he has got himself together.

“At 22 years of age, it is too early to throw in the towel on Daniil.

“So I think it was the right decision to give him another chance. I think you will see him turn it around.”

But while the Red Bull team boss feels Toro Rosso is the “best option” for Kvyat, he would not be drawn as to whether the 22-year-old would have a future at the senior team.

He added: “It is not an option in the next couple of years because our seats are fixed. We believe it is the best option to leave him in that car.

“He is still very young. He is a quick driver, he demonstrated that last year and he deserved a chance to try to regroup and re-establish himself.”

As for Pierre Gasly, who was gutted by the decision to retain Kvyat as he was the next in line to step up into Formula 1, Horner insists the Frenchman will stay on at Red Bull.

“He will remain part of the team. His priority is to try and win the GP2 championship. He is very valued.

“He is conducting good work for us. He did the tyre test last week, which is how high we regard him. We are in a fortunate position that we have got good talent around us.

“What his race program is, I don’t know, but in terms of Red Bull Racing he will be test and reserve driver and conducting a lot of simulation work and whatever else comes down the pipe.”