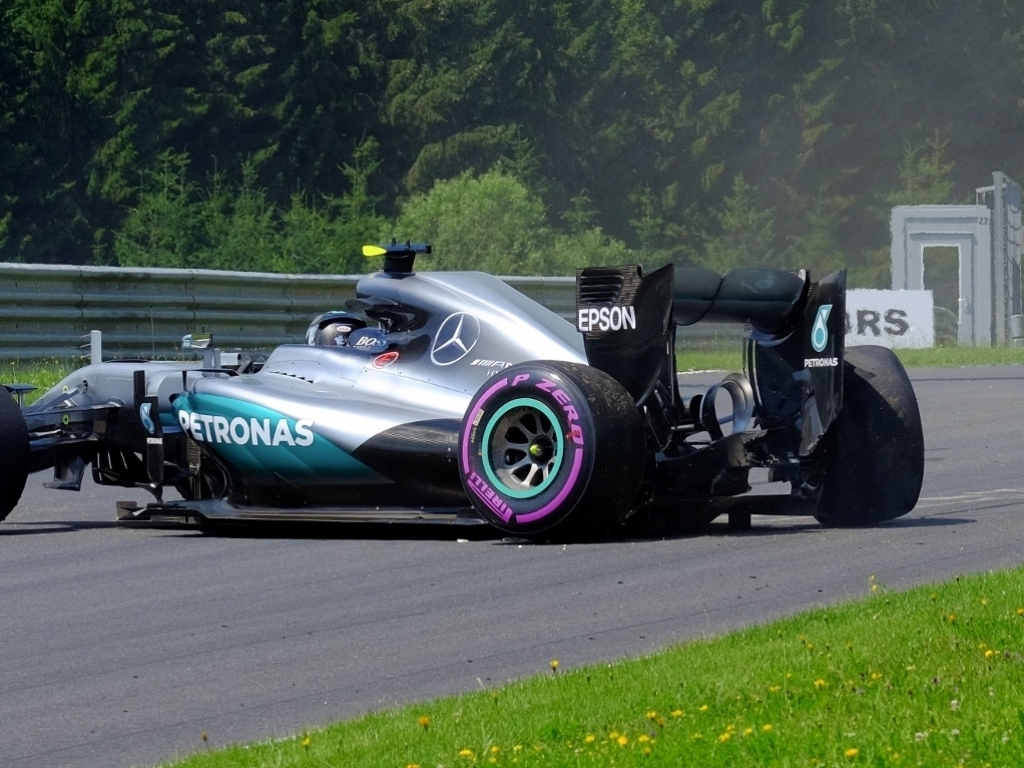 With a host of drivers incurring penalties ahead of the Austrian Grand Prix, the final grid for Sunday’s race looks somewhat different to how the drivers lined up after qualifying.

World Championship leader Nico Rosberg was forced to make use of a new gearbox following his crash in free practice, and as a result was handed a five-place penalty. Having qualified second behind his Mercedes team-mate, Lewis Hamilton, Rosberg dropped down to seventh.

Like Rosberg, Ferrari’s Sebastian Vettel has taken a five-place penalty for a gearbox change and as such drops from fourth to seventh.

However, as all the penalties are applied at the same time, Vettel’s demotion means that Rosberg will start from sixth.

Nico Hulkenberg and Force India are the first to benefit from the penalties at the top of the grid, with the German joining Hamilton on the front row of the grid. Jenson Button’s McLaren moves up to a hugely impressive third, while Kimi Raikkonen will start his Ferrari alongside Button on the second row.

Red Bull’s Daniel Ricciardo starts in fifth, with Rosberg sixth and Valtteri Bottas of Williams seventh. Max Verstappen is in eighth, with Vettel and Felipe Massa in the second Williams rounding out the top ten.

Further down the field, Jolyon Palmer, Rio Haryanto and Felipe Nasr are all slapped with penalties for failing to slow under yellow flags. Having qualified last, Nasr had already hit rock-bottom and as a result Palmer and Haryanto only drop two places.