Home Uncategorized Ricciardo aims to make it two on the trot 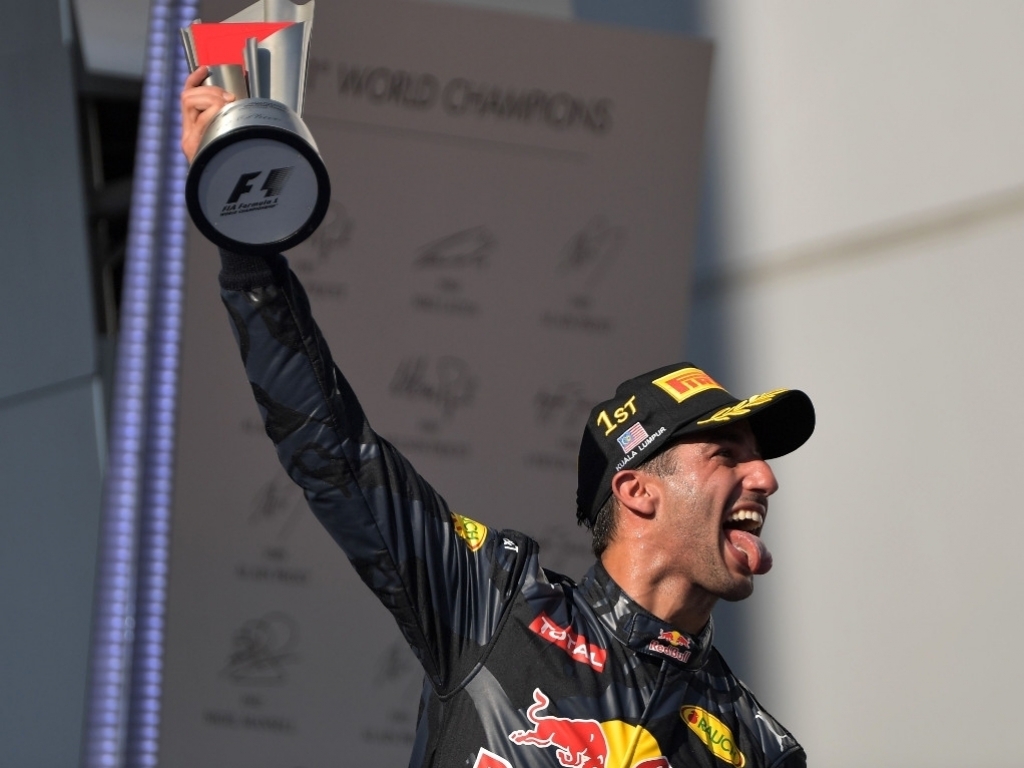 As the Formula 1 paddock gears up for the upcoming Japanese Grand Prix, Daniel Ricciardo wants to make it two race wins in a row this weekend.

The Australian driver won his first race of the year, making it Red Bull’s second victory of 2016, the first coming when youngster Max Verstappen introduced himself to the team with an emphatic triumph in Spain earlier in the year.

Ricciardo, who did his famous ‘drink out your shoe’ celebration on the podium, capatilsed on an engine blow out that World Champion Lewis Hamilton suffered while he was in the lead to claim P1 in Sepang.

“It was probably the worst race to win because there was so much sweat in the shoe,” a grinning Ricciardo told reporters on Wednesday.

“But I was so happy I didn’t really care. It was probably more (Nico) Rosberg – he wasn’t very happy with the taste, but it was fun.

“In the press conference he tapped me and pulled a face and goes: ‘Don’t make me do that again, it was disgusting!’ I said:

‘You’ll have to stop me from winning next time!’ Hopefully we can kick some ass this weekend.”

Looking ahead to Suzuka, the Malaysian Grand Prix champion is optimistic on their chances, reflecting on the 2014 edition, where he and his team-mate at the time Sebastian Vettel occupied third and fourth respectively.

“We definitely have a good chance here,” the 27-year-old told AFP.

“In 2014 we were quick in that wet race and our car is as competitive now as it was then, maybe even more competitive.

“In Malaysia we got a little lucky obviously with Hamilton having his problems, but Suzuka should be a little bit better for us.

“I would probably put money on Mercedes being quicker, at least in qualifying, but I don’t think the gap will be as big as it was in Malaysia.

“I know we won in Malaysia but I actually think we will be more competitive here. If it rains I believe we can win the race. If it’s dry, Mercedes would be the favourites.”