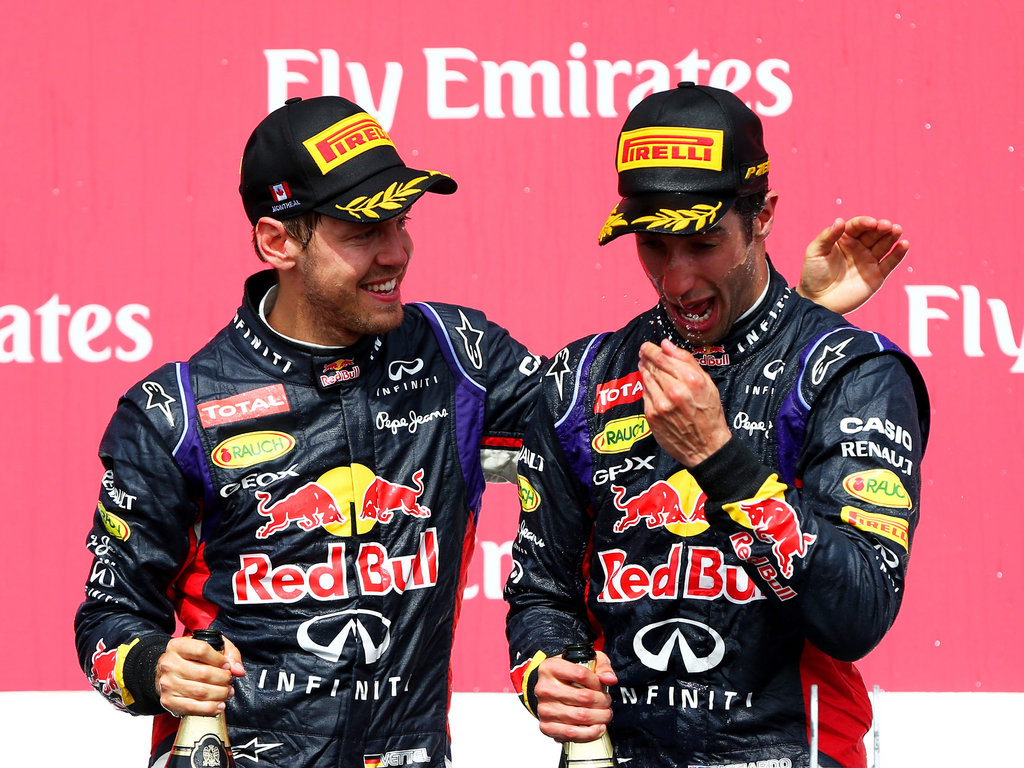 Taking the lead late in Sunday’s Canadian GP, Daniel Ricciardo says his first victory may still take “a while” to sink it.

Racing in sixth for much of the 70-lap grand prix, the Red Bull racer overtook team-mate Sebastian Vettel in the pit stops to book his place on the podium.

Struggling to find a way by the Force India of Sergio Perez, he eventually made his move with five to go and two laps later used DRS to shoot past Nico Rosberg for the lead.

A late Safety Car assured him of the victory with Ricciardo coasting home.

“It still is a bit surreal I think, and just really cool,” he said.

“It is not that we were leading the whole race, it is not like I had time to understand that I was going to win, that is why it is taking a while to comprehend in my head.”

It was the Australian driver’s maiden Formula 1 victory and came in the midst of a trying period for Red Bull Racing and their Renault engine partner.

“When you see athletes have their first big achievement and they say they can’t describe their feelings it’s true, because you dream of it and it’s not often a dream comes true.

“You dream of standing on that podium and seeing all those faces looking at you and when it happens it’s a bit unreal. It’s awesome.”

As for his race, the 24-year-old admitted he had a difficult time passing Perez, a move that ultimately set him up for the victory.

“The race really came to life the last 15, 20 laps. We saw Hamilton had a problem and then we saw Rosberg was slow on the straights.

“I was really struggling to get past Perez. They had a pretty car down the straights so he was holding me up through the corners.

“We finally got a run out of the last chicane and made a nice move into Turn 1 and set my sights on Nico.

“With a couple of laps to go I found myself in the right spot to get the DRS.

“It’s an amazing feeling right now, really grateful for this.”