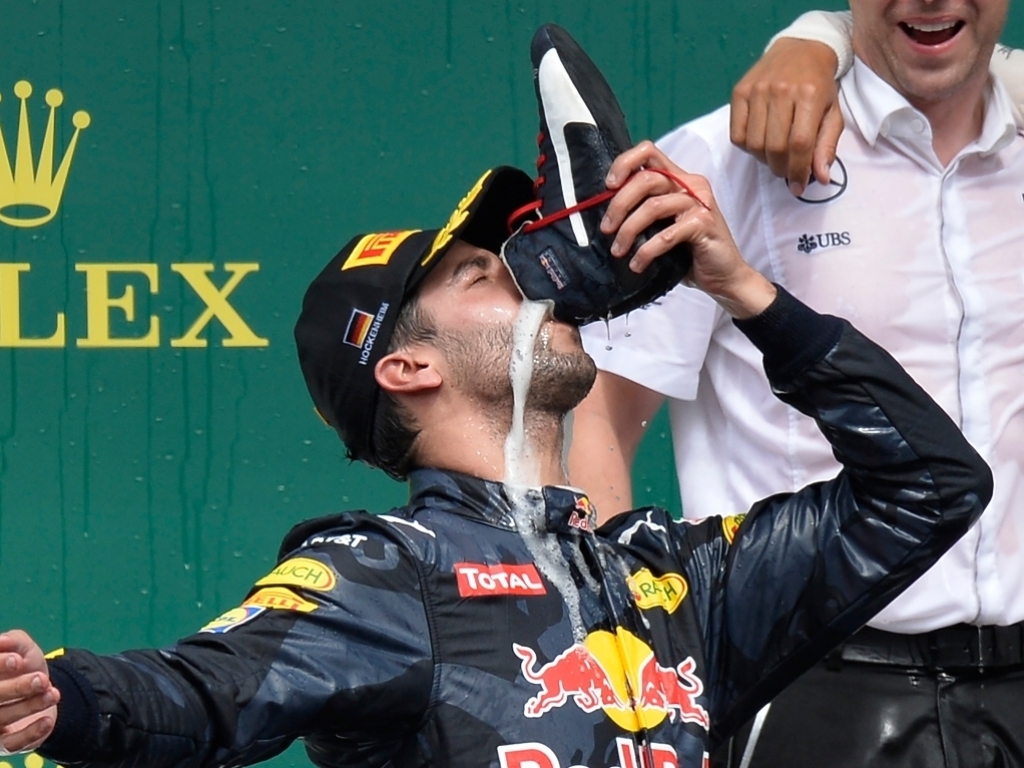 Daniel Ricciardo may not have started the shoey but following his recent podium antics it seems to have caught on in the world of motorsport.

Hot on the heels of his shoey adventures – he even shared a boot of bubbly with Mark Webber on the Belgian podium – Valentino Rossi celebrated his runner-up result at Misano with a shoey.

Asked where the idea came from, Ricciardo told the media in Singapore: “As far as I know I started it in Formula One but not worldwide.

“It was a few loose Aussies, from what I saw, the Mad Hueys, they’re surfies and fisherman and just loose guys, they travel the world fishing, surfing and whatever and they like to drink a bit of beer and whatnot, and that’s where the shoey began. On their travels they’d get people to do it as well and it’s just a bit of a laugh.

“I know Jack Miller knows a few of the guys from the Mad Hueys, so when he got his win in Assen, I suspected he was going to do it, and he did, so I thought I’d keep the Australian tradition going – and now Valentino’s got in on the mix, I saw he Instagrammed it yesterday and he said “everyone loves a shoey”, and “delicious”, and all that. A few words I used for it.

“I think it’s just a bit of fun now – everyone’s enjoying it.”

But it was Valtteri Bottas who asked the pertinent question: “How does it taste?”

Ricciardo’s reply: “Honestly, if the sparkling wine is cold, then it tastes good. Normally it’s cold on the podium, if it’s warm then sure, you’d get the sweat and that through it – but the cold taste kills the bad stuff, so it’s delicious, as we said!”