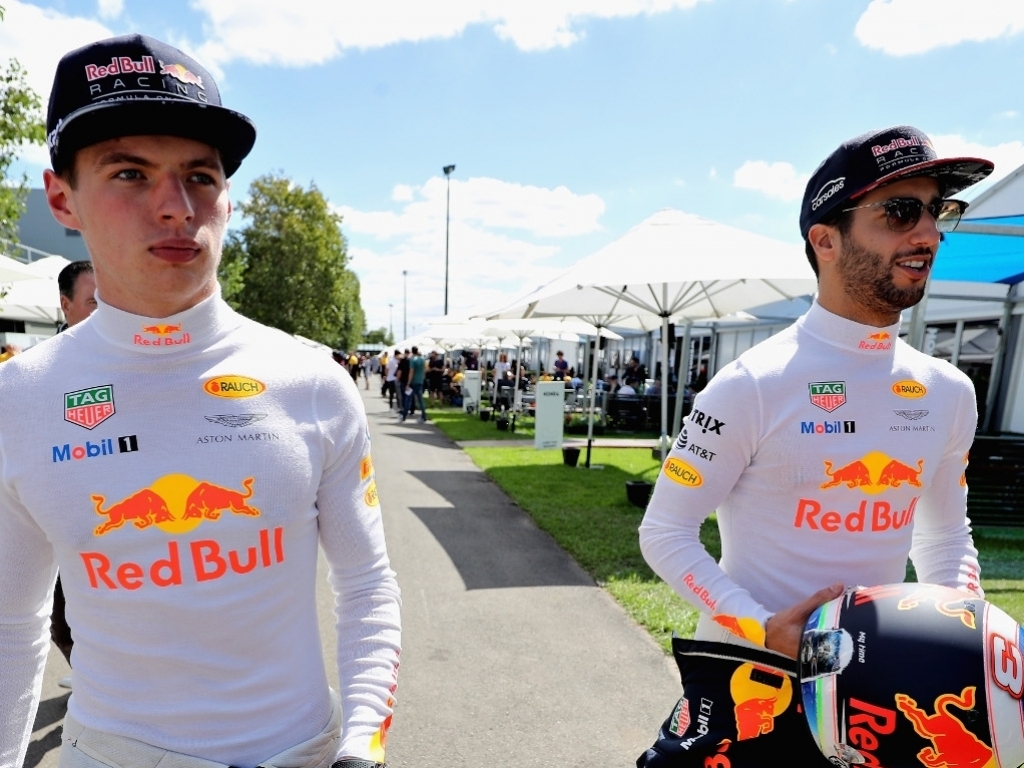 Daniel Ricciardo has applauded the decision to relax the ‘Verstappen rule’, saying the drivers can “sort it out on track.”

Last season the FIA clamped down on drivers blocking by changing their lines into the braking zones.

This was dubbed the ‘Verstappen rule’ as it was often Ricciardo’s Red Bull team-mate, Max Verstappen, who was criticised for doing that.

This year, though, the FIA has decided to only penalise such a move if it is clearly dangerous.

“The good part of it is it means less decisions to be made on-track, in a way,” Ricciardo said during Thursday’s FIA press conference.

“If they leave it up to us I guess the positive is that we sort it out on track.

“Hopefully we can get redemption if we feel like something has not gone our way.

“I like being able to race, that’s the positive from it.”

“I think there would be a small change in some of the incidents that we’ve seen last year – they’d be handled quite differently simply because the so-called “Verstappen rule” is gone to the effect that before we said any move under braking will be investigated,” he said.

“Now, we have a simple rule that says effectively that if a driver moves erratically or goes unnecessarily slow or behaves in a manner that could endanger another driver, then he will be investigated. So there’s a very broad rule now.

“The stewards will be invited to simply focus on every incident and judging on its own merits. So each incident will be dealt with only on the basis of whether or not it was a dangerous manoeuver, not necessarily because he moved under braking.”