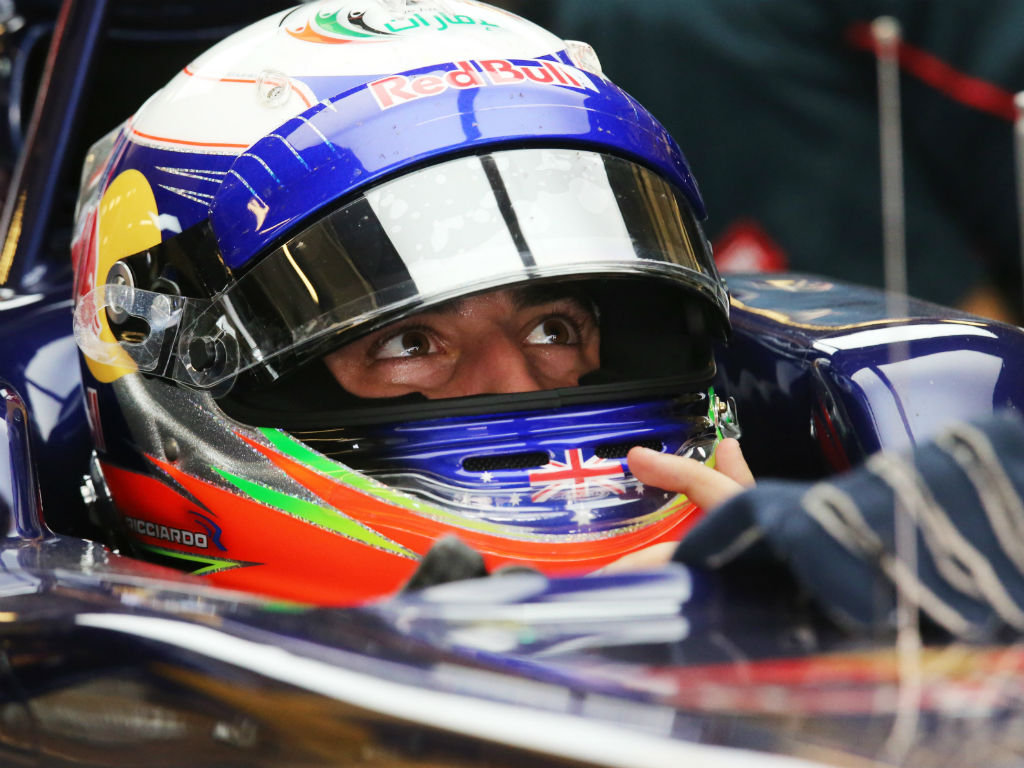 Daniel Ricciardo says Sebastian Vettel should have been paying closer attention in Abu Dhabi after the German ran off the track to avoid the Toro Rosso.

Weaving across the track in a bid to keep heat in the tyres behind the Safety Car, Ricciardo was leading Vettel, who had started from the very back of the field.

The Championship leader suddenly had a moment when he found himself too close to Ricciardo’s Toro Rosso and too avoiding action, hitting a polystyrene on the side of the track.

The impact put an end to Vettel’s already broken front wing and resulted in an unhappy rant from the German.

Ricciardo, though, reckons he did nothing wrong.

“I have no idea what happened,” Ricciardo told Autosport. “I looked in my mirror and I saw him go through a polystyrene board.

“Everyone was doing the same thing, it’s exactly what you do under the Safety Car.”