Home Uncategorized Ricciardo: Best we could hope for 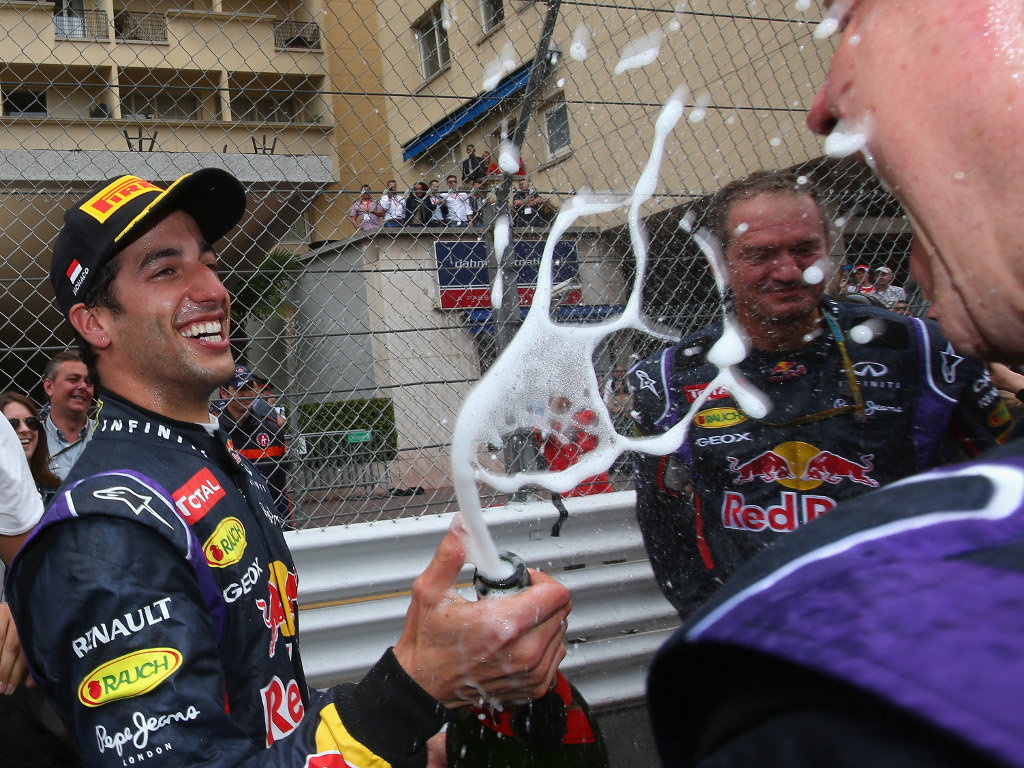 Daniel Ricciardo reckons such was the pace of the Mercedes drivers that third was the “best” Red Bull could achieve in Monaco.

As the Mercedes drivers once again romped away with a 1-2 finish, Ricciardo proved to be the best of the rest in the chasing pack.

Starting third on the grid, he lost two positions when he was edged by Sebastian Vettel and Kimi Raikkonen.

However, a retirement for Vettel and problems for Raikkonen meant Ricciardo was back up to third after his pit stop.

From there the Aussie had a lonely race before closing up on Lewis Hamilton in the final few laps making for an exciting run to the line.

“The start was not great and we ended up fifth, but Vettel had a problem and Raikkonen had a puncture behind the Safety Car,” Ricciardo said.

“Lewis had an issue [near the end] and we tried to put some pressure on him, but third’s the best we could do.”