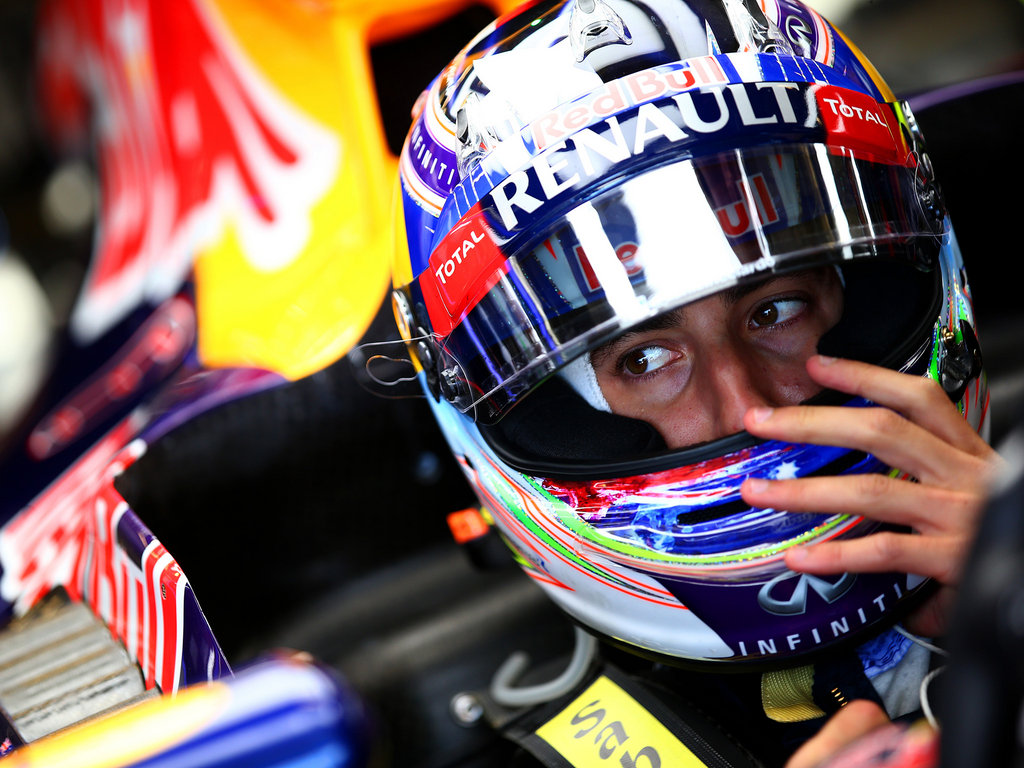 Third in the Championship in his first season with Red Bull Racing, Daniel Ricciardo is hoping for better in 2015.

The Australian racer made the step up from Toro Rosso to Red Bull Racing ahead of this year’s Championship and proved to be a revelation.

Taking the fight to team-mate Sebastian Vettel, a four World Champion, Ricciardo edged him in qualifying, grands prix and points.

His stellar, which included three grands prix wins, put him third in the Championship, only beaten by the rampant Mercedes drivers.

Next year, though, Ricciardo wants to take another step forward with bookmakers confident he can do it.

Asked what he wanted in 2015, he told the FIA’s prize-giving press conference: “Hopefully better things. I think this year was a big step forward in my career, a big step in the direction I wanted it to go in.

“Obviously the Mercedes were dominant, but I was able to score the only other three wins of the season, so that was a big year for me. Once you make one step you want to keep making more. I won’t settle for anything else now. We’ll see.

“I’m sure Lewis was very humble but I’m sure Mercedes are going to very quick again next year. But the gap’s there for us to close, so hopefully we can do that and looking forward to the future now.”

The Aussie, known for having the biggest smile in the paddock, reckons part of his success is down to how much he loves his job.

“If you want to be successful at anything in life the primary thing is you have to enjoy it,” he explained. “You have to have fun doing it. It can’t be someone else’s dream, it’s got to be yours.

Racing at the front of the pack has only added to Ricciardo’s love of F1 with Paddy Power putting him at 14/1 to win the 2015 title.

“It grew. It grew a lot. My love for the sport grew. My love for competition. This year I think knowing you’ve got a car that can fight for a win or a podium and just race at the front with all these world champions that I looked up to when I was young. That just gives you so much more motivation.

“I think having that opportunity, knowing that if you have a good weekend, if you do everything you have a chance of standing on the podium that makes it a lot easier I guess.”