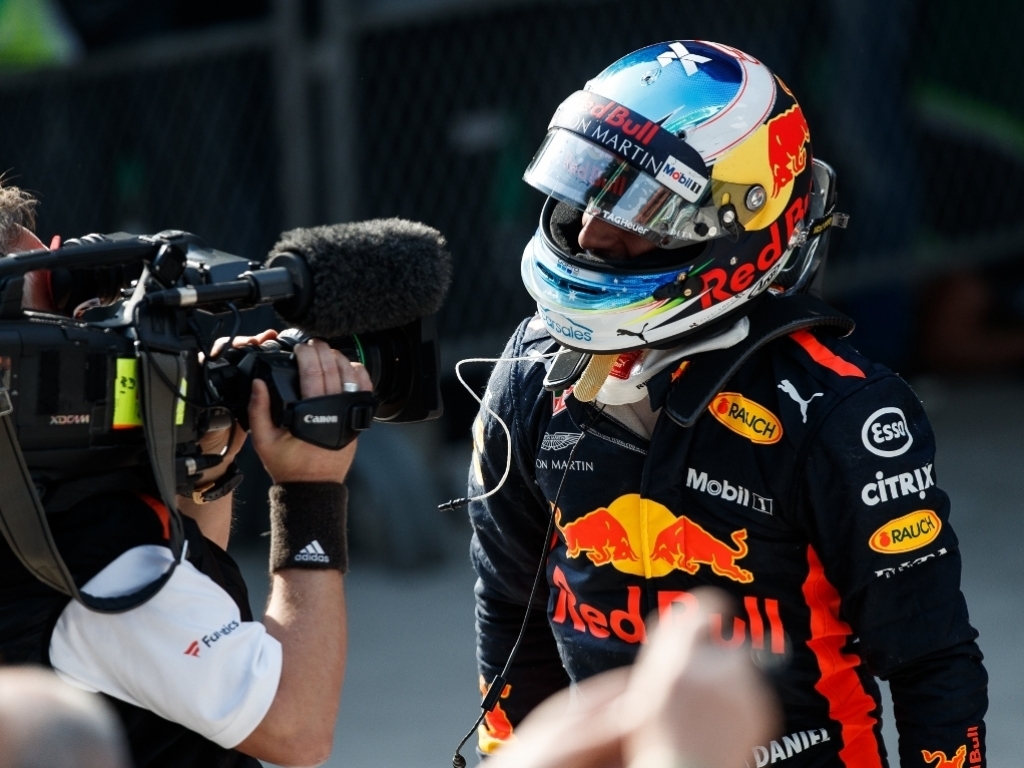 As Daniel Ricciardo considers his future, the Aussie says he’s ready for a title fight and reckons his Chinese win won’t have his bargaining position.

Ricciardo won in Shanghai on Sunday, racing from sixth after the Safety Car to first at the chequered flag.

He put in epic passes on World Champions Lewis Hamilton, Sebastian Vettel and Kimi Raikkonen before a Valtteri Bottas for the lead.

His balls-to-the-wall drive has left the Aussie hungry for a title fight.

“I really feel like, just give me a chance to be in a title hunt and I really believe I’ll take it.

“I feel I can capitalise on opportunities and I guess today was a good example.”

It has been a remarkable turnaround for Ricciardo, who two weeks ago retired from Bahrain while on Saturday in China a turbo failure meant he also didn’t make it into qualifying.

He added: “This sport’s crazy, a week ago I was with my head down after two weeks and frustrated at the sport, frustrated at all the variables that are involved in the sport.

“Sometimes I question why I chose this sport because there’s so many other things sort of out of your control and it does get you down a lot.

Out of contract with Red Bull, the Aussie has been linked to both Mercedes and Ferrari with the latter reportedly his most likely destination.

Asked if he felt Sunday’s win put in firmly in the shop window, he replied: “Obviously getting a win is nice, but I guess the plan was to try and hold off a little bit.

“Today we had really strong pace in the second half of the race and I think once we get to Europe it will probably start to balance itself out. All three teams have had their moments so far this season.