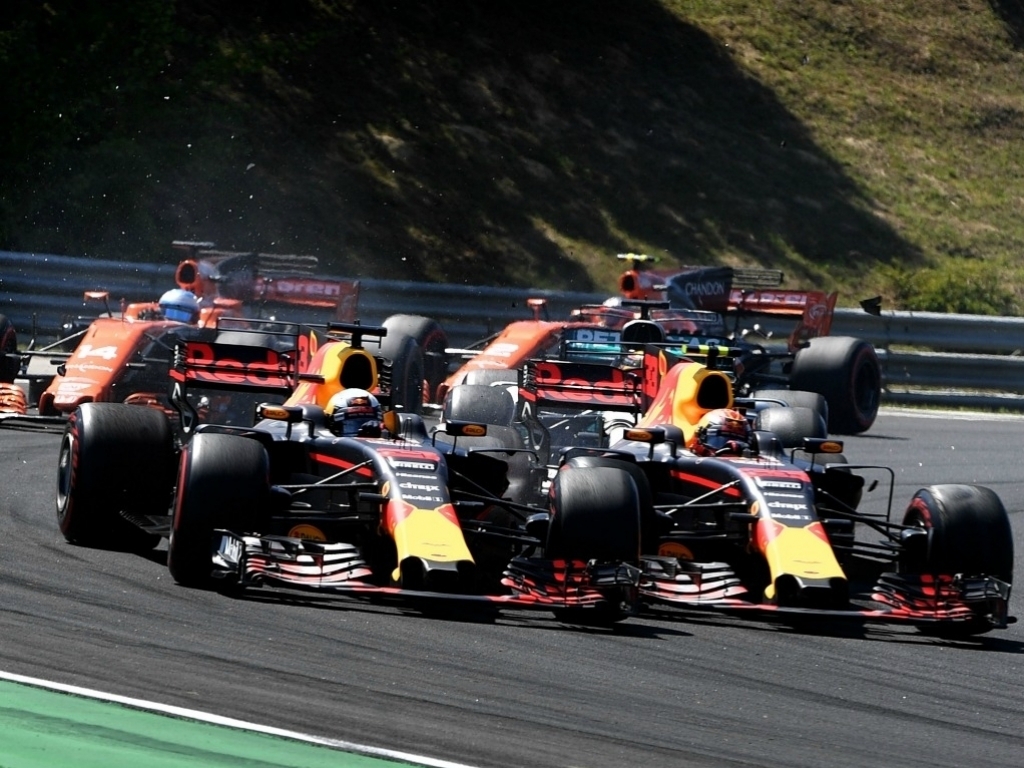 Daniel Ricciardo has revealed on Twitter that he has held private talks with Max Verstappen and is ready to move on from their first-lap collision in Hungary.

Verstappen immediately apologised for causing the crash at Turn 2 which forced Ricciardo to trudge back to garage just seconds into the race.

But the Red Bull duo, who have a good relationship with each other, have talked to each other about the incident away from the spotlight.

1/3… Yesterday was hard to take. You build up all day for those couple hours of racing and then it's gone like that.

2/3… Max apologized to me after the race and we spoke one on one away from media or anyone.

3/3… The situation was handled and taken care of in the right way to move forward.
Lights go out again in 4 weeks ??

Verstappen was given a 10-second timed penalty for causing the collision, as well as two penalty points on his superlicence.