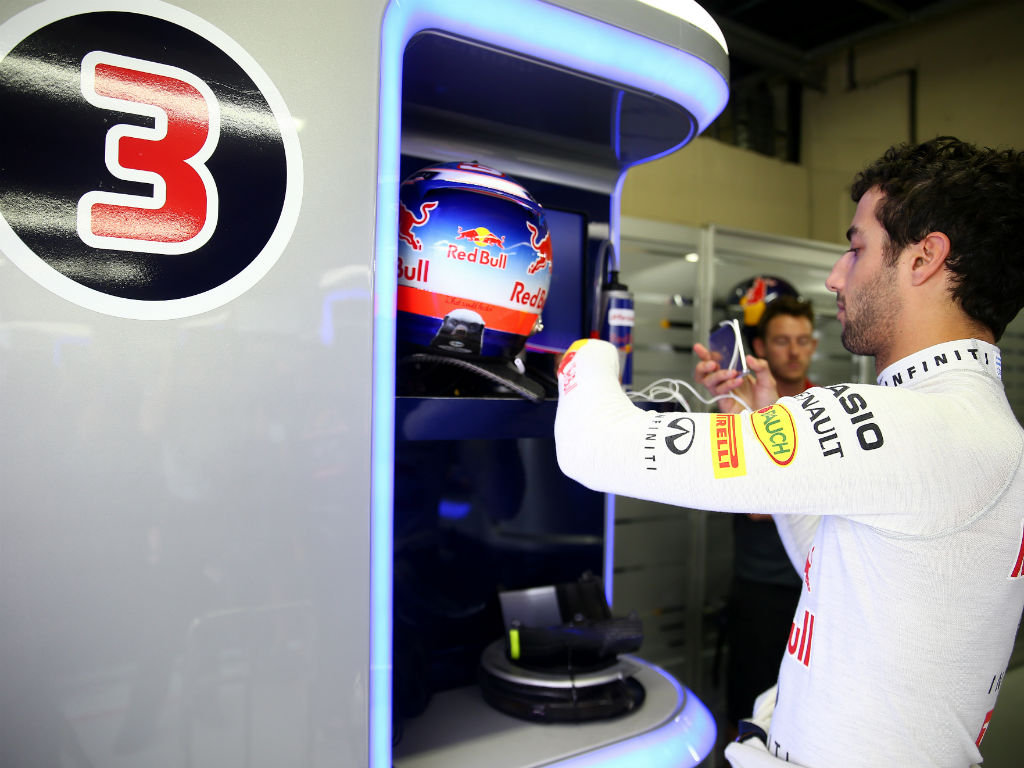 Daniel Ricciardo knows that his honeymoon period at Red Bull won’t last forever, but he is confident he can handle a slump in form.

The Australian is coming off a very successful debut season with the Milton Keynes squad as he finished third in the Drivers’ Championship on the back of three race victories.

Not only did he beat four-time World Champion and team-mate Sebastian Vettel easily, but he was also the only non-Mercedes driver to win a race.

Ricciardo, though, knows things won’t always be plain sailing, but he is confident he can handle the tough times.

“I am riding a pretty big wave at the moment and I am sure, eventually, that will come down and then back up – but that’s normal,” he told Autosport.

“I think controlling your bad days as best as possible, or the times when maybe the car is a complete box the whole weekend [is important].

“It is about controlling your emotions and not getting too frustrated with it – just finding ways to drive around it and accepting that, okay you are not going to win, but a fifth would still be better than a 10th, so try and get fifth.”

The 25-year-old admits that it’s not always easy to control your emotions when confronted with difficult situations, but feels the experience he gained last year will help him.

“It is always easier said than done,” he added.

“Particularly now I have won a few races, if I am running around fifth or sixth I am not really happy with that.

“So, it’s easy to get frustrated and want more, but that is where it gets tough and you sometimes have to take a step back and deal with what it is and never lose your confidence or belief.

“I have won a race this year, so in two years’ time I shouldn’t be a worse driver – I should be better.

“Maybe the opportunity wouldn’t be the same, but you should never doubt your own ability.”