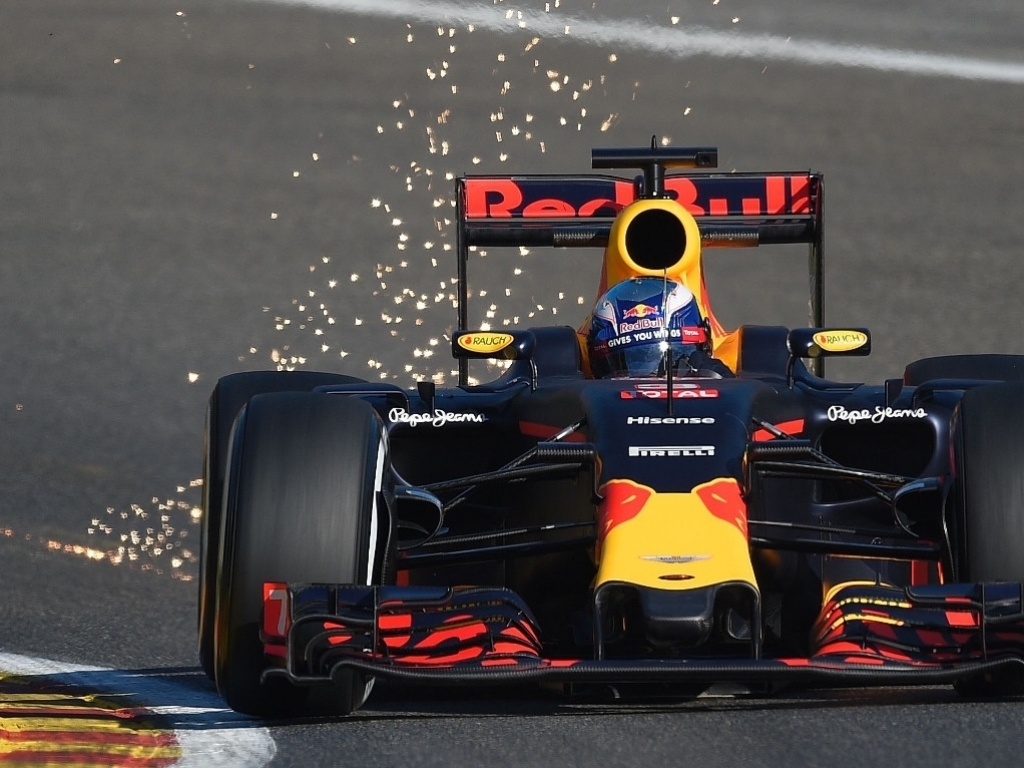 Daniel Ricciardo was satisfied with his performance in the first and second free practices at the Belgian Grand Prix on Friday.

Ricciardo admitted that finishing ahead of Mercedes in the free practice sessions was an impressive feat, but added that he doesn’t think they used the super soft tyres.

“It was a pretty good day today, not bad,” Ricciardo told reporters. “I think on the time sheets we look good, both Red Bulls are first and second, but I don’t think Mercedes used the super soft (tyres) and Force India is quite close”

Despite a strong showing in the free practice sessions on Friday, Ricciardo believes that Red Bull are capable of being quicker.

He also conceded that there is still room for improvement on his part, but added that he is excited for the second half of the season.

“I think we can still be quicker than what we showed today, but I feel like we definitely got into the right rhythm,” he said. “No one is on holiday anymore and we’re back in work mode, the energy around the garage was good and everyone is ready to go.

“I think we can improve the set up tonight, as there are some things I’m not 100% happy with, but it’s nice to be back behind the wheel.”