Home Uncategorized Ricciardo: Cool to be able to ‘see the Mercs’ 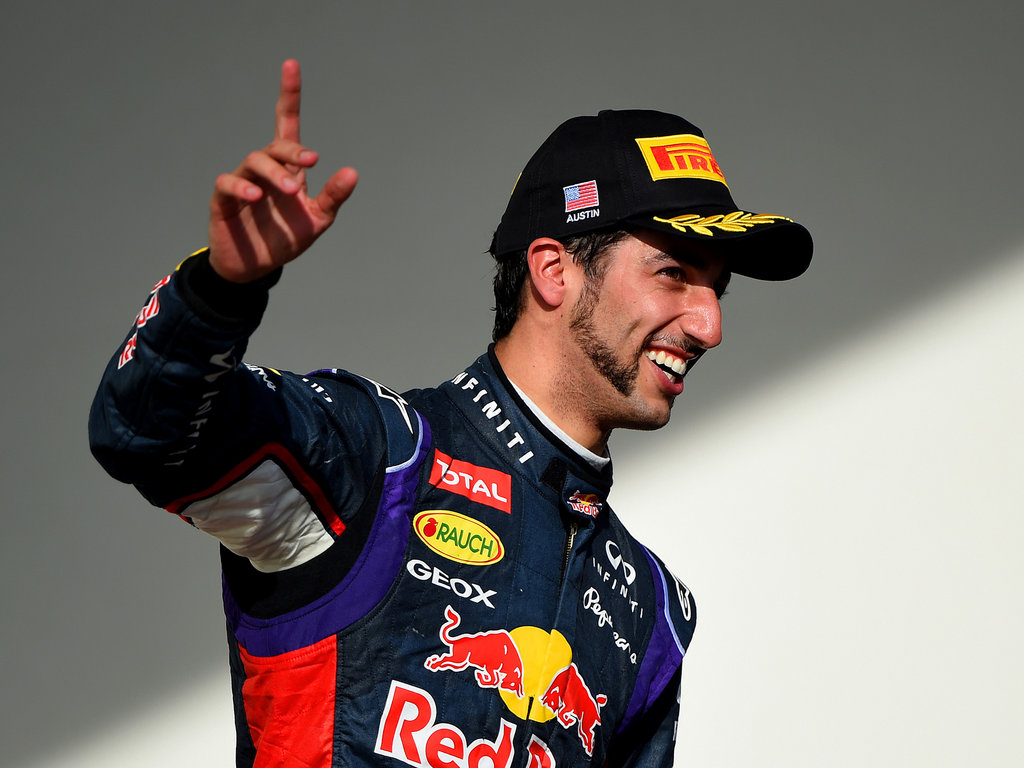 Daniel Ricciardo left Austin with plenty of positives as he not only beat Williams to the final podium spot, but also managed not to fall too far off the Mercedes cars.

The Red Bull driver started the United States GP fifth on the grid, behind both Mercedes cars and the Williams drivers of Valtteri Bottas and Felipe Massa, but he finished on the podium alongside the Merc duo of Lewis Hamilton and Nico Rosberg.

And for once he wasn’t blown away by the pace of the Brackley-based squad.

“I’m happy with that. I could see the Mercedes for the first part of the race which was really cool, I don’t know if they were just chilling, but we seemed to have good pace,” the Australian said.

The undercut worked like a charm for Ricciardo at the Circuit of the Americas as he pitted before Bottas and then moved ahead while the Finn was on his outlap, and the trick worked a second time as well as he was ahead of Massa by the time the Brazilian made his way out of the pits for his second stop.

“It was great to get ahead of the Williams and to get onto the podium. The start wasn’t very good, I have to put my hand up to that one, but the recovery was good so we didn’t really lose out. The pit stops were really good, Red Bull is known for being awesome in the pits and they showed it today.”