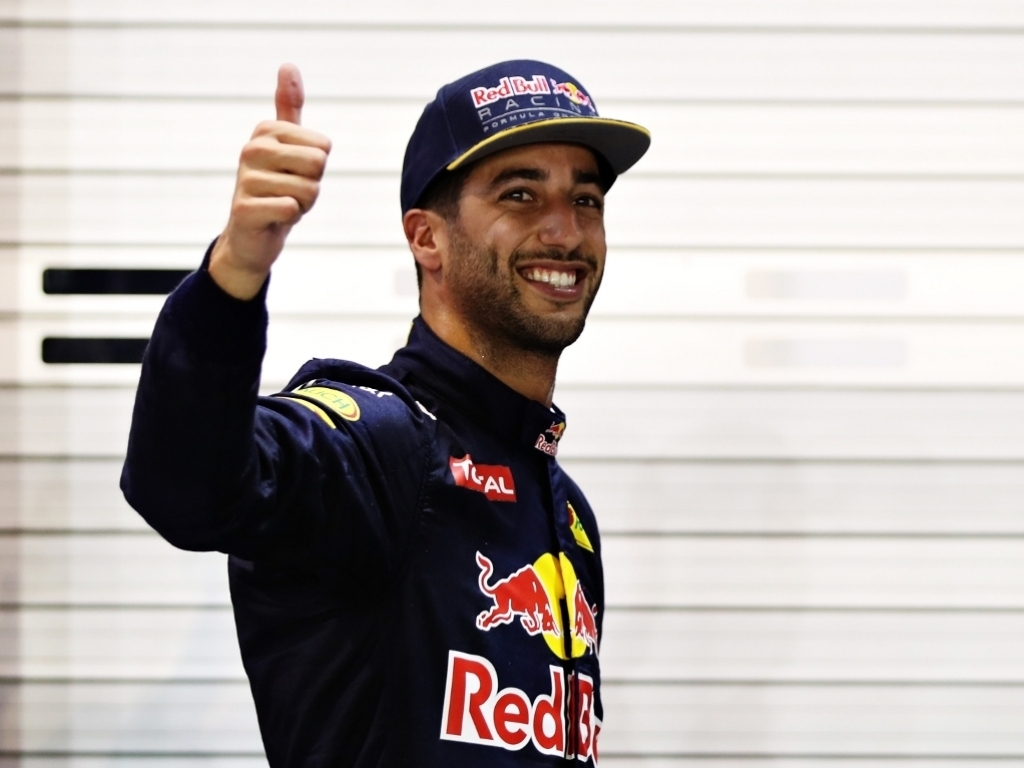 Daniel Ricciardo expressed his delight at qualifying P2 ahead of the Singapore Grand Prix, splitting the two Silver Arrows in the process.

During the second round of qualifying, both Red Bulls ran supersoft compounds, the same tyre they will start tomorrow’s race with. Mercedes and Ferrari both ran ultras.

“I’m pleased enough, the aim was to try and be on the front row,” he said.

“We knew it’d be hard to try and get in front of the Mercedes [drivers], it’s nice to at least get one.

“We made improvements for qualifying, through practice we were still trying to find stuff on the car, it finally came good in qualifying, it got better, the rhythm was good.

“We qualified on the Super Softs for Q2, so we’ll start on that tyre. Obviously we feel it’s a good thing, but let’s see if it makes a difference tomorrow.

“The last lap in Q3 was clean, it probably wasn’t as good as Nico’s, but it was clean and good enough for the front row.”