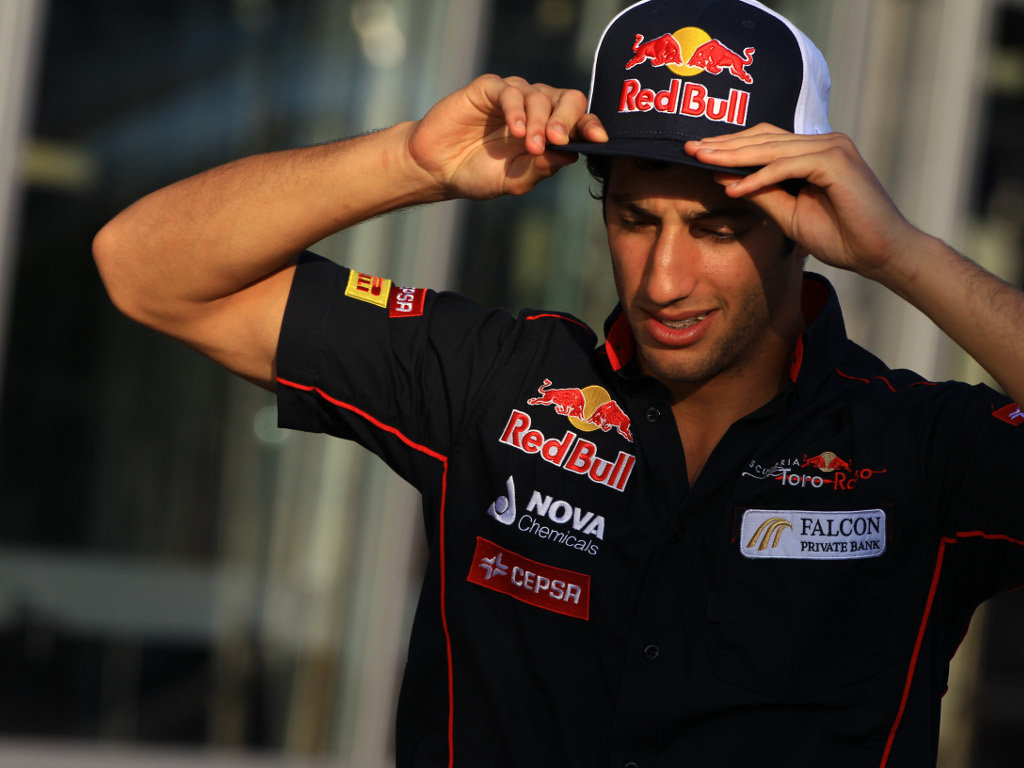 Daniel Ricciardo says rumours that he was set to move up to Red Bull next season were just that, rumours…

Daniel Ricciardo says rumours that he was set to move up to Red Bull next season were just that, rumours.

Having joined Toro Rosso at the start of this year’s Championship, reports emerged claiming that Ricciardo was the favourite to replace Webber should the Aussie opt to retire.

However, instead of walking away from Formula One, Webber has signed a new one-year deal with Red Bull that will keep him at the team until the end of 2013.

It also means that Ricciardo won’t be making the step up.

“Unless we were getting some podiums and doing something extraordinary, I never saw that happening next year,” the 23-year-old told World News Australia.

“The thought of it was nice but I wasn’t disappointed because I didn’t really expect it. We’ve still got a bit to learn.”

The Aussie has yet to learn where he will be next season, hoping that his performance this year have been enough to secure a second season with Toro Rosso.

“I’m definitely happy here. I’m not confirmed for what I am doing next year, but I’d be happy to do another year here to improve myself and see what happens.”