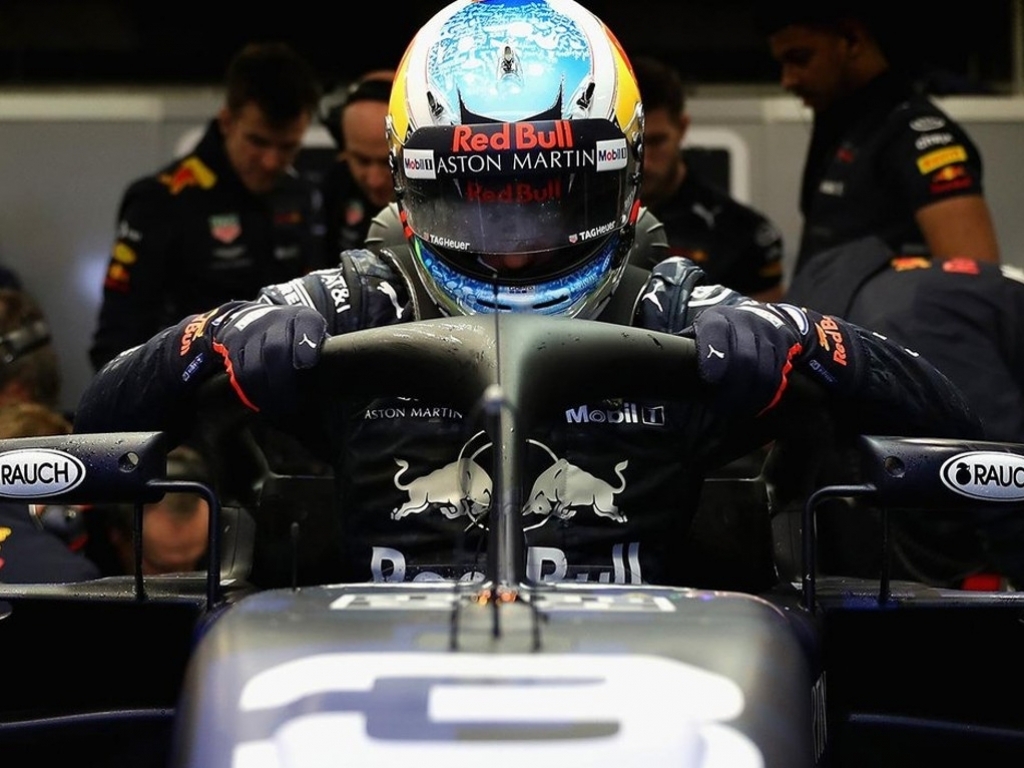 Having debuted the Red Bull RB14 at a wet Silverstone circuit on Monday, Daniel Ricciardo has revealed that the “initial feeling is good.”

The Aussie put in the laps at the British track on Monday as Red Bull conducted a filming day in their blue-and-black camo liveried car.

Under F1 regulations, all teams are permitted 100km of running during a promotional day.

Ricciardo enjoyed his day out in the rain, stating that the early signs from the RB14 are encouraging.

“It’s always hard to tell from a few laps but the initial feeling is good,” he told Fox Sport Australia.

“It’s not doing anything that scares me and I can already feel that the rear of the car feels pretty settled, even in these poor conditions.

“Those are encouraging early signs.”

Loosened everything up today in the new RB14 running the one off paint scheme. The break was too long so enjoyed putting the helmet back on 👨🏻‍🚀 pic.twitter.com/Gc4ZHOwHc1