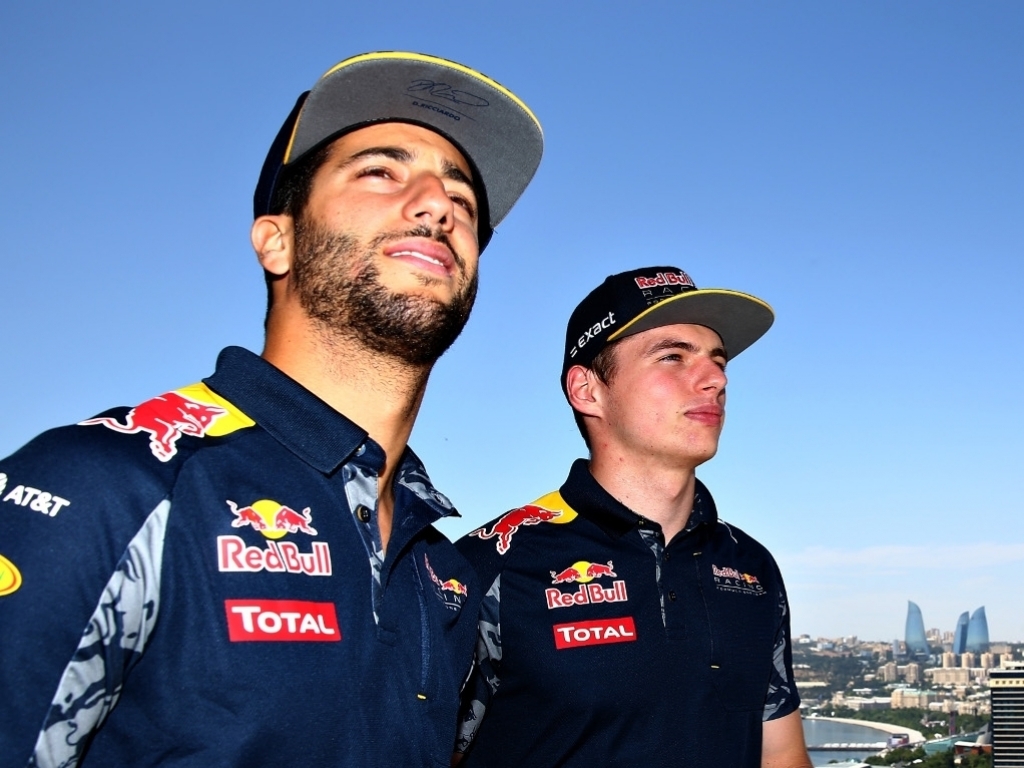 With the potential for a title fight on the cards in 2017, Daniel Ricciardo believes his battles with Max Verstappen will remain “hard and fair”.

This season Red Bull Racing are expecting to join the fight for the championship titles, hoping that F1’s revamped aerodynamics and wider tyres will see them close the gap to Mercedes.

This, however, could ramp up the tension at Red Bull with both Ricciardo and Verstappen chasing the ultimate prize.

Already in their first year together the team-mates have shown that they are closely matched, both out on track and in their hunger to succeed.

Ricciardo, though, is confident they can avoid the pitfalls that come with an intra-team title fight.

“I’ll be realistic, and naturally if Max and I are fighting for the title next year, it would be natural for it to become more competitive [between us],” he told ESPN.

“You might feel a bit more pressure, but if I’m honest I always feel like I race with respect and if he beats me fair and square I will just say that, even though I don’t like getting beaten, he deserves it.

“I don’t see any reason to have friction, obviously in Malaysia [when Ricciardo and Verstappen ended up in a wheel-to-wheel battle] in the end that battle was for the win and I think we handled it well – we raced hard and fair.

“I think it would only change if we let the outside [influences] start to creep into us, otherwise I’ve had fun with Max and I’m looking forward to it and hopefully we’ll have some good battles. I think the team is excited.”

The Aussie is full of praise for his 19-year-old team-mate, who he feels has shown a maturity beyond his years.

“We’ve seen he races hard and on the limit sometimes, but when it comes down to it he’s fair and clean. We got through with our heads still screwed on.

“He’s young, but in racing terms I think he’s very mature. He’s been around the sport a long time, and he may have only reached puberty a few weeks ago, but beyond that he’s pretty smart.”

And while there were some races last season where outside factors played a role in Verstappen getting the upper hand over Ricciardo, the latter acknowledges that sometimes his young team-mate is just impressive.

Ricciardo added: “For some [of those races] we found some reasons, whether it was overheating the tyres or something, but others unfortunately – and it will always be the case and it is probably the only thing I dislike about racing cars – sometimes the car won’t give you an answer and you have to accept it was just like that. You can put the car on the track a day after and it will be completely different, so it’s not always easy to find an answer.

“But I think with Max what was impressive is that he’s got quite an aggressive driving style but at times he’s also managed the race really well in terms of not killing the tyres.

“You think sometimes the way he is driving that the tyres are not going to last, but he’s done pretty well with that and I think he’s handled it better than I probably anticipated.”