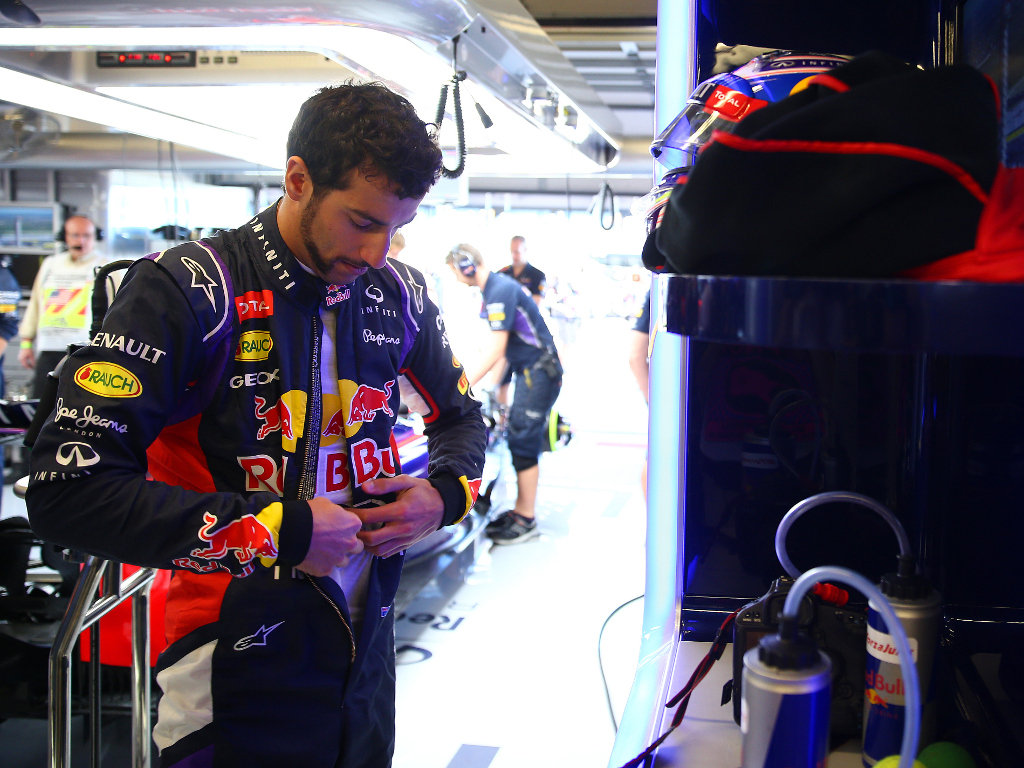 Daniel Ricciardo is hoping for some good clean battles with Williams on Sunday as he looks to finish second best behind Mercedes.

Nico Rosberg and Lewis Hamilton are expected to fight it out for the first two places at the Circuit of the Americas on race day, leaving the rest to scrap over the final podium position.

It’s advantage Williams at the moment as the Grove squad locked out the second row of the grid with Valtteri Bottas third and Felipe Massa fourth.

Ricciardo, who was fifth fastest, was just 0.039s off Massa’s time though, and he is feels Red Bull can challenge for the final podium spot.

“I’m pretty happy with the top five, realistically we’re fighting for the last spot on the podium, if Mercedes have a clean race, and we’ve put ourselves in a good position for that.

“We were close to Felipe, but hopefully the clean side of the grid will help me out a bit, so we’ll see what happens. I’d say we’re better on tyres than the Williams, but their straight line speed makes that advantage disappear. Hopefully we’ll have some good clean battles on track tomorrow, the circuit certainly allows for that and provides some good opportunities, so hopefully we can have some fun!”