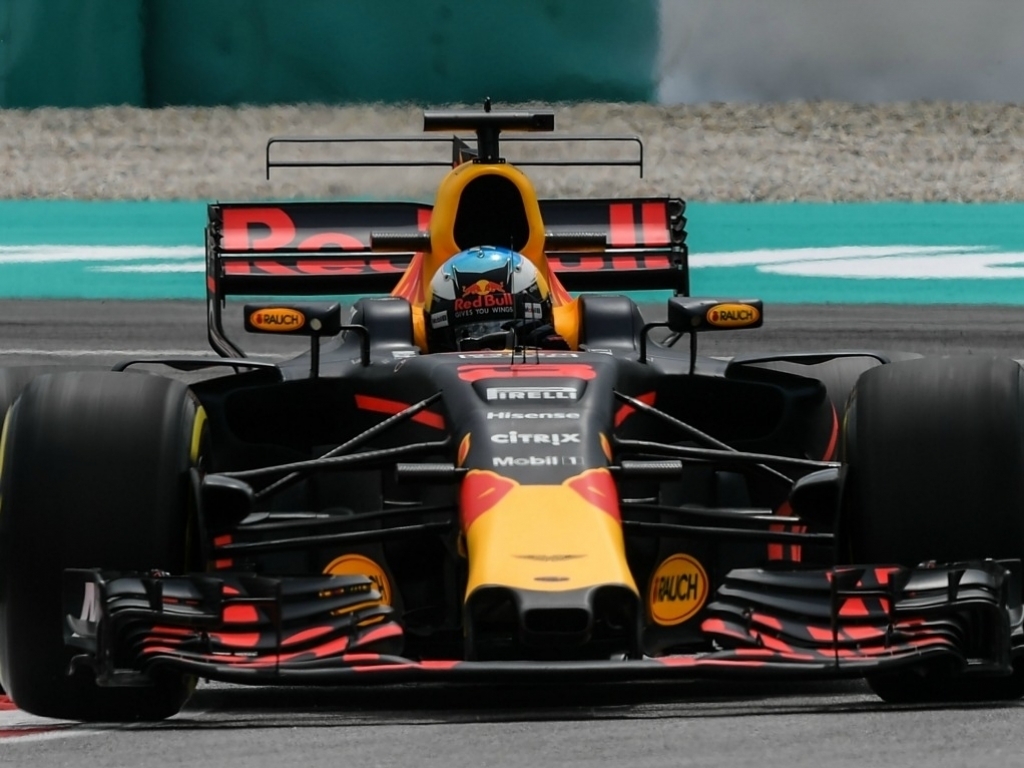 Daniel Ricciardo has expressed his surprise at Ferrari's early pace in Malaysia, as Max Verstappen admitted Red Bull are unable to keep up with them.

The expectation was that Mercedes would begin to assert their dominance at a power-hungry track again, but it's been left to Ferrari and Red Bull to scrap it out at the top so far.

Red Bull were quicker in mixed weather conditons but, as the track dried out, it was Ferrari who pulled clear from the rest.

"I kinda thought Mercedes would lead the pack and we would be closer to the Ferrari but obviously Mercedes have had a few issues. I saw Lewis' onboard and it looked like they were fighting the car. Maybe they're running 80kilos of fuel!

"We've still got a bit of work to do but we're OK, not looking too bad."

Verstappen then stated that Red Bull are simply no match for Ferrari in dry conditions.

"In the dry at the moment, no [we can't challenge Ferrari]," Verstappen added in the paddock. "Sebastian was really quick.

"From our side I was trying quite a few bits in the car and it didn't really work out on the new tyres. For sure, tomorrow will be better but we still need to improve to beat Ferrari tomorrow."