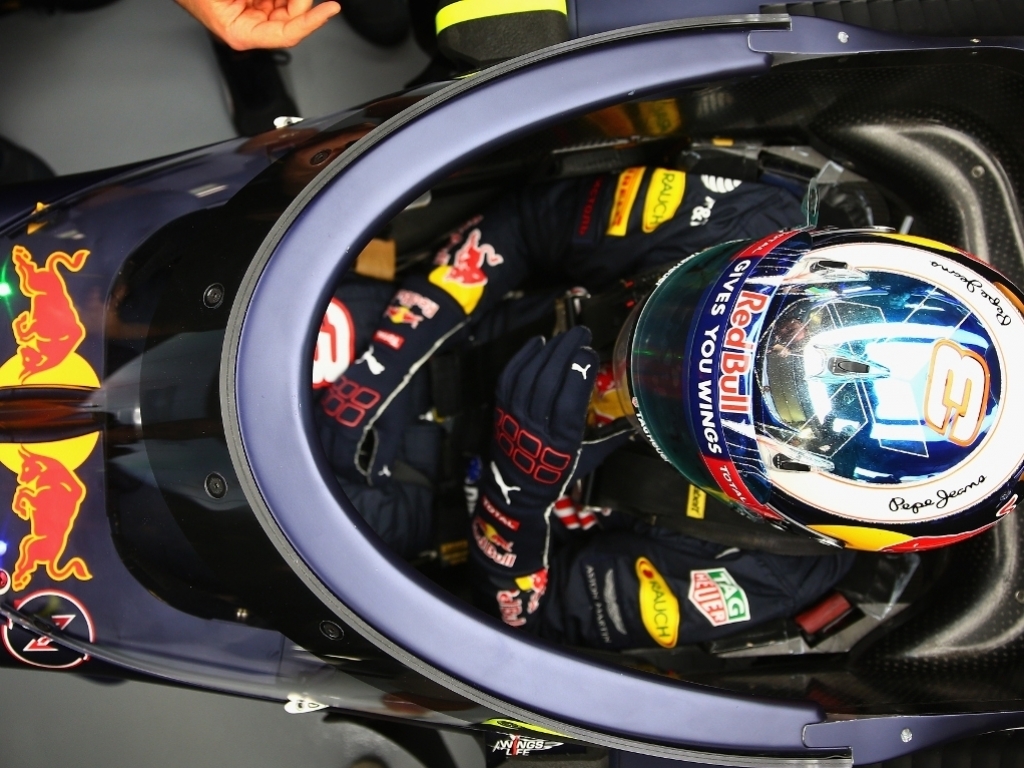 Ahead of his first lap with Red Bull's aeroscreen, Daniel Ricciardo says he does not expect the device to have any major impact on his line of vision.

The Aussie will run the head protection device, which was fitted to his car on Thursday, in FP1 for the Russian GP and admits he expects all eyes will be on him.

"I will drive in FP1, do an installation lap with it," he confirmed. "I'm sure I will get a lot of TV time in the first two minutes of the session – so I'd better comb my hair in the morning!"

Ricciardo has already had a feel for the device having spent some time in his RB12 fitted with the aeroscreen in the team's garage on Thursday afternoon.

"You obviously have the structure of the top but that is pretty high and out of your eye line anyway. It is one of those things that you definitely put it on track and check, because things change when you move. It is easy to sit in the garage with it, but so far the impression is that it should be okay visibility wise."

The 26-year-old also downplayed concerns about how the aeroscreen will cope with rain or oil on the track.

As he pointed out, other series deal with it so tear offs or Rain X could both be used to keep the screen clear.

"That is something I asked about. A quick one for now is that during pit stops you will have a tear off system, NASCAR has something similar.

"Then you can get these coatings on the screens, I guess it works a bit like in the rain with the visor, you have the Rain X or whatever, and the stuff just floats off.

"So oils and things like these get dispersed quite quickly, say have stuff like this, so there are few short-term things right now which will be used tomorrow if needed."