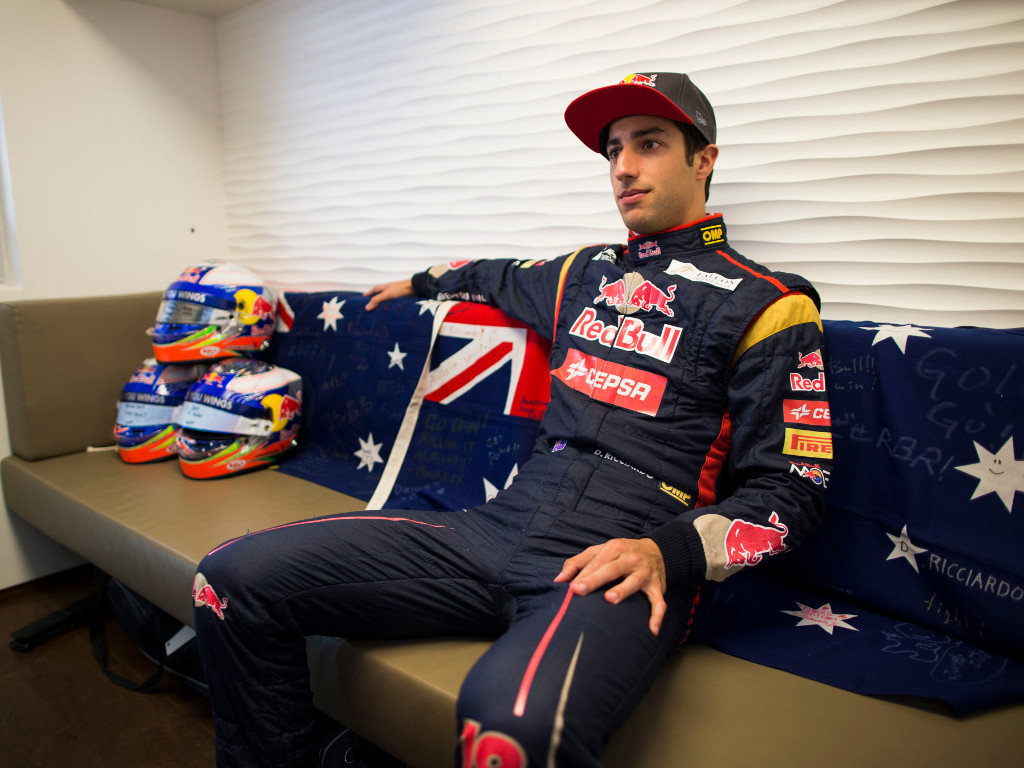 Red Bull have given another indication that Daniel Ricciardo is the front-runner to replace Mark Webber after confirming he will drive the RB9 at the Young Driver Test.

The Australian, who are on the Red Bull shortlist along with Toro Rosso team-mate Jean-Eric Vergne and Lotus’ Kimi Raikkonen, will be behind the wheel on Wednesday afternoon.

Red Bull Junior Team driver Antonio Felix da Costa will drive on Wednesday and Thursday morning while Carlos Sainz Jr will take over for the final morning at Silverstone.

Ricciardo and Sainz Jr will also double up for Toro Rosso with the former driving the STR8 on Thursday afternoon and the Spanish rookie, who is the son of former World Rally Champion Carlos Sainz, in action in the morning.

Venezuelan Johnny Cecotto will be behind the wheel throughout Wednesday while Vergne will get a turn on Friday morning before handing over to 19-year-old Russian Daniil Kvyat.

Regular race drivers are only allowed to sample the Pirelli tyres following a change in regulations by the FIA.