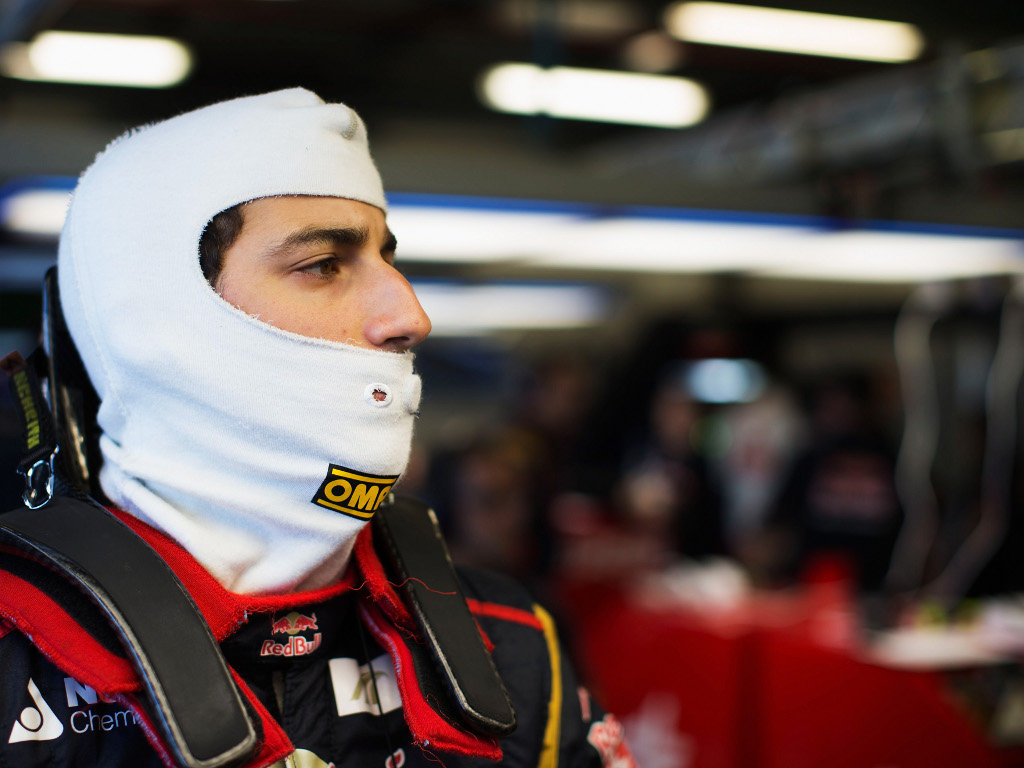 Daniel Ricciardo has revealed he called Romain Grosjean an “idiot” when the two met in the stewards’ office in Monte Carlo.

Ricciardo’s Monaco Grand Prix was cut short on lap 62 when Grosjean slammed into the back of his Toro Rosso in the approach to the chicane.

The impact put the Australian out of Sunday’s race and earned both drivers a trip to the stewards’ office.

Once there, Ricciardo revealed, it became very apparent to everyone that Grosjean was at fault but instead of yelling on the Lotus driver, he just called him an “idiot” and walked away.

“I came here at the beginning of last week really looking forward to the Monaco Grand Prix but now, frankly, I’m happy this one’s over. I’m keen to get to Canada and hopefully have a much better weekend,” Ricciardo wrote in his blog on the Toro Rosso website.

“The impact from the Grosjean crash was pretty hard but the car did its job and I was able to walk away, though the damage to the rear-end was pretty extensive. The chassis should be OK but it was a late night at the track for the guys in the garage sorting it all out.

“For myself it was a trip to see the stewards’. I’m not surprised Romain picked up a penalty: we were in the stewards’ office together and, to be honest, I didn’t need to say much.

“They had the data and once I saw the video, it was pretty much what I thought it had been. Tom Kristensen [driver steward, eight times Le Mans winner] was there and he’s experienced enough to understand that type of collision.

“Sometimes when things like this happen, you want to blow off steam but by that point I really couldn’t be bothered shouting and screaming at Grosjean.

“It was a disappointing end to a deeply unsatisfying weekend and I didn’t want to waste the energy yelling “screw you, what the hell were you thinking?” I just said “you’re an idiot”, and that was it.

“If there’s a bright side, it’s that it didn’t cost me any points. It’s a funny sort of positive to take away but I’d have felt a lot worse if I’d been in the top ten at that stage.”