Home Uncategorized Ricciardo: I expected to be behind Ferrari 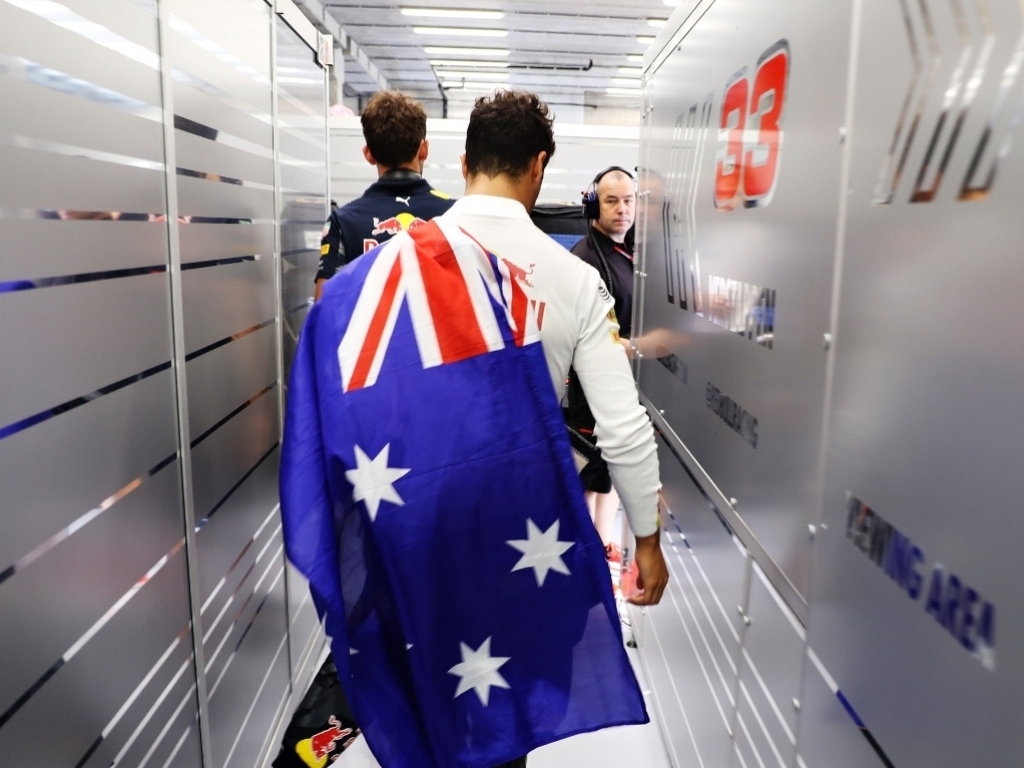 Daniel Ricciardo was not surprised by Red Bull’s lack of pace compared to Ferrari and Mercedes after FP1 and FP2 concluded.

Ricciardo, who finished the day sixth fastest, was disappointed with the way Friday panned out, despite expecting to be behind their rivals.

Before the race weekend, the Aussie driver predicted that they might struggle in their fight with Ferrari and Mercedes as their RB12 is not suited for high-speed circuits.

However, he is quite optimistic about their chances for Saturday’s qualifying after he and his teammate Max Verstappen, who finished fifth fastest, recorded encouraging lap times on the supersoft tyres.

“Position wise we are more or less were we expected. At least I expected Ferrari to be behind Mercedes here,” the 27-year-old revealed.

“But I didn’t expect the gap to be as big as it was, so on soft tires we were more competitive.

“But on the super softs we didn’t really find as much on one lap. If we can use this tyre a bit better in qualifying we can get close to Ferrari, but we have a bit of work to do to catch them. Anyway, I think fifth and sixth today is not too bad

“For qualifying at least for us it is trying to get the most out of the tire on one lap in qualifying. Especially here I think it is going to be really tight between fifth and tenth places – so to make sure that we use the tire well could determine a big grid position change. So that is what we will work on tonight. The long run was pretty good, so work on the qualifying.”