Home Uncategorized Ricciardo: I was driving ‘a wounded car’ 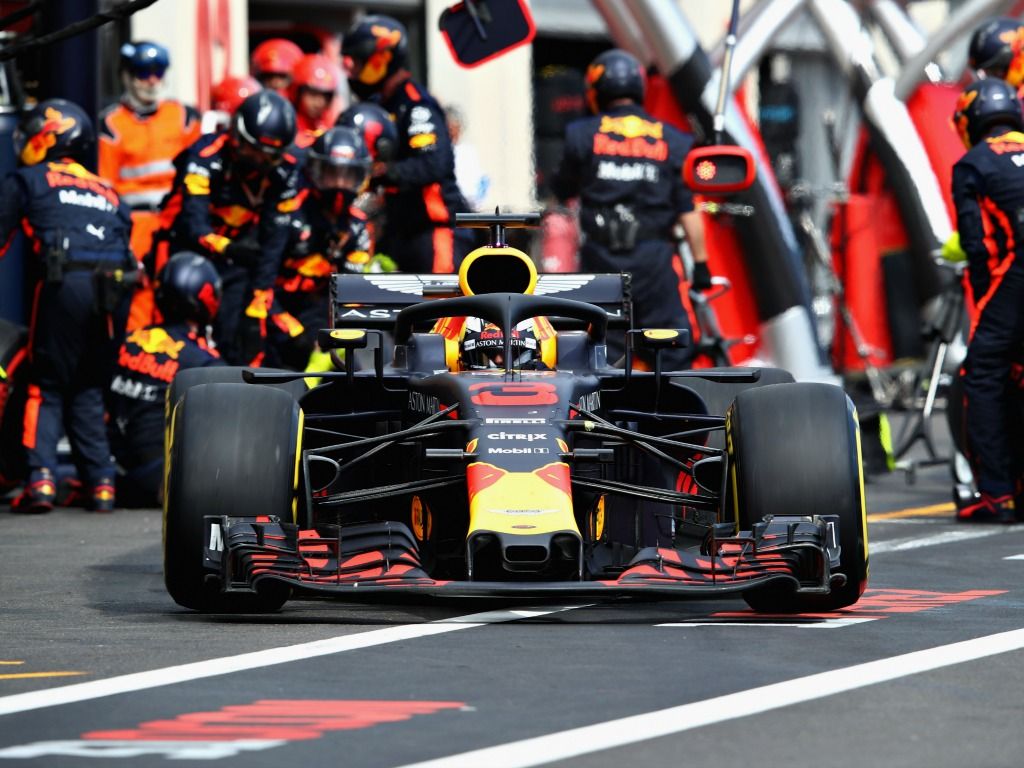 Daniel Ricciardo has said his RB14 was “a wounded car” after some front wing damage caused him to slip out of the podium places at the French Grand Prix.

The Australian had been comfortably running in P3 for most of the race, but some debris caused parts of his front wing to break, leading to a lack in downforce.

“It seemed we were catching Max and pulling away from Kimi at the time and then when I pitted, the boys said the front left part of the wing was damaged,” Ricciardo said after the race.

The incident happened just before the Australian pitted for his only stop at Paul Ricard on Sunday afternoon.

“They think it happened about two laps before the pit stop because I started, all of a sudden, to get quite a lot of understeer,” the Red Bull man added.

“I don’t know if it was a failure or we hit some debris but that broke, so then already with the soft tyre, we were struggling when we left the pits and then I think a few laps later the team said the right part broke, so both parts identically seemed to break,” the Aussie continued.

He was running P3 when it happened, but the issues caused him to slow enough for Kimi Raikkonen to get past him and take that final podium spot.

“Obviously because of that we had a lot less downforce and understeering so with Kimi, he was always going to catch us with that pace,” Ricciardo stated. “But as I said, we were a wounded car from just before the first pit stop.”