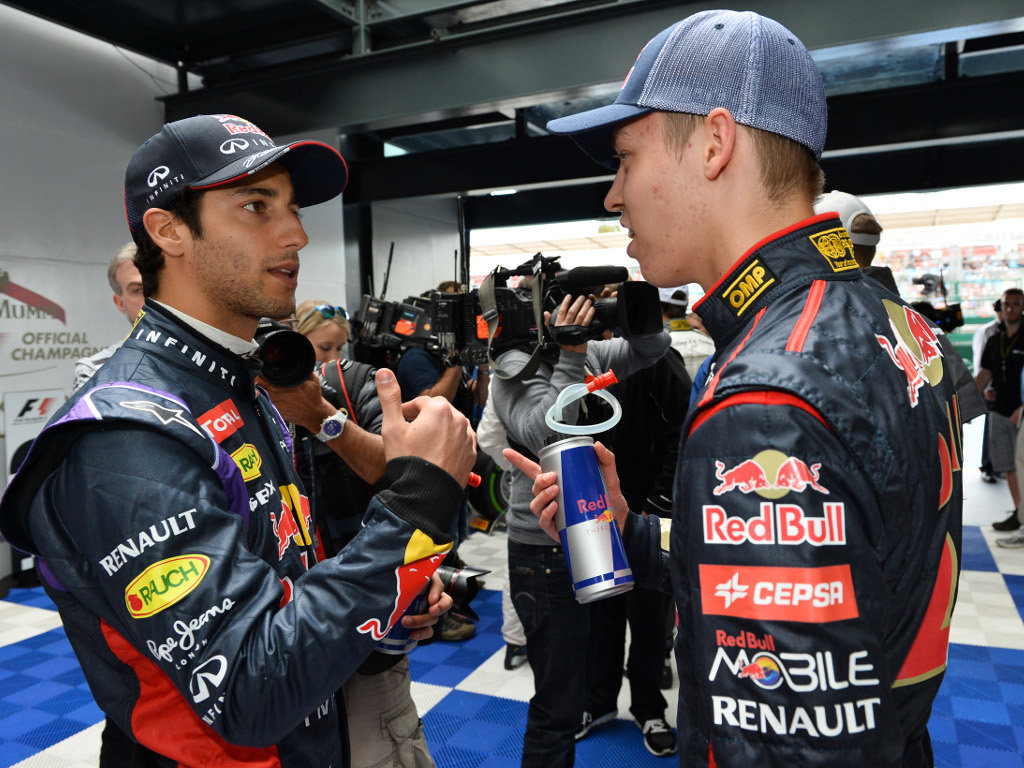 The Australian will partner Kvyat next year after the 20-year-old was promoted to a Red Bull race seat on the back of four-time World Champion Sebastian Vettel’s departure to Ferrari.

Ricciardo will be the senior driver at Milton Keynes next year and he has race wins to back him up as he was victorious on three occasions during his debut campaign with the squad in 2014.

However, he is determined to keep his feet on the ground and not take Kvyat lightly.

“I shouldn’t let that change anything I do behind the wheel or with the engineers,” Ricciardo, who is fourth favourite with Paddy Power to win the title, told Autosport.

“It’s been such a good year and the results have shown for it, so if I ever find myself trying to get too much out of it and impress Daniil Kvyat too much then I will step back and try and take this year’s approach because it has worked.

With Vettel no longer part of the team, Ricciardo is expected to lead Red Bull’s charge and he is confident he can handle the pressure of being the number one driver.

Red Bull’s odds of giving Mercedes a run for their money next year have improved with Paddy Power and when asked if he was ready to take command, the Australian replied: “Yeah, I think so. I am always going to continue to learn and grow with the team.

“I have done quite well this year in forming relationships and I expect that to continue.

“Obviously, they will rely a bit more on my feedback.

“I am sure it will take Daniil the winter to get running and get his shoes on the ground, so they’ll rely on me a little bit more at the start of the season, but I’m sure I’m the right person to control that.”