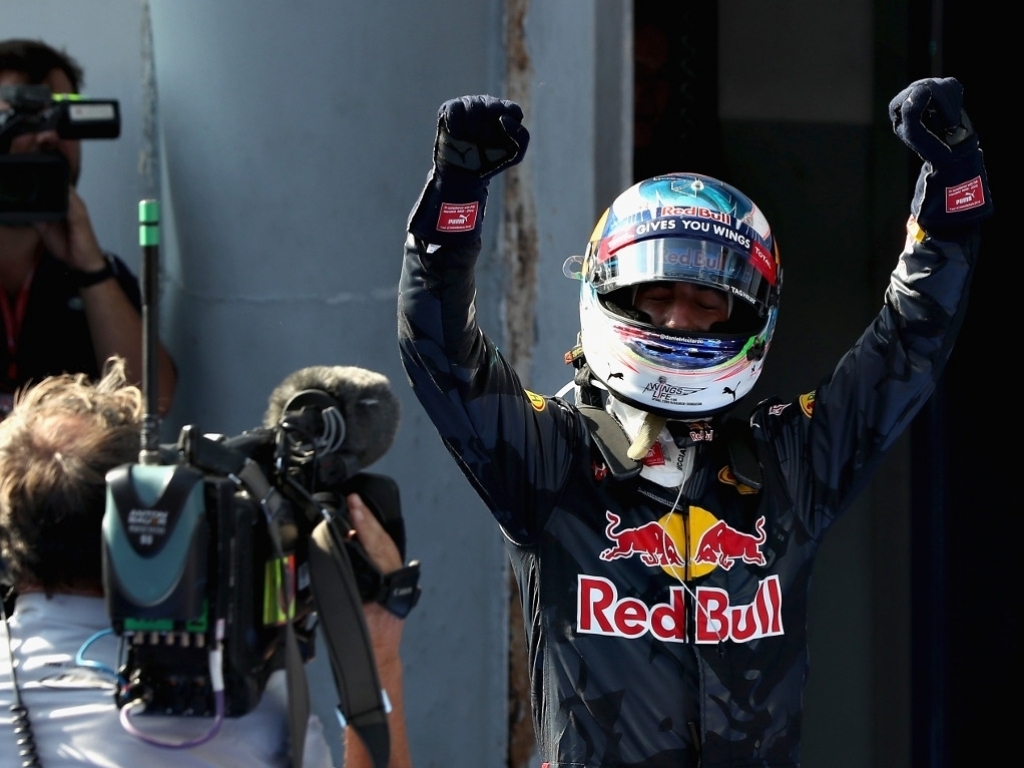 After near-misses in Spain and Monaco, Daniel Ricciardo feels his Malaysian Grand Prix victory is payback.

Earlier this season Ricciardo missed out on the Spanish GP win through a strategy call by the Red Bull pit wall. That win went to his team-mate Max Verstappen.

One race weekend later it was Lewis Hamilton who took the victory that Ricciardo should have claimed had it not been for a botched pit stop.

The Aussie’s efforts, though, finally paid dividends at Sepang on Sunday as he raced to the victory.

Ricciardo held off Max Verstappen, who had led earlier in the race, while both Red Bull drivers benefitted from Hamilton’s engine fire.

“Exhausted, it is such a hot race here,” said the race winner on the podium.

“A race of challenges.

“Lewis got the lead and had his problems.

“I’m not really one for believing in a whole lot but it went the other way in Monaco so I’ll take this today.

“No hard feelings to Lewis but I’ll definitely take this win.

“It has been pretty emotional, two years since my last win and we’ve come so close this year.

“Two weeks I said we will win one this year and here you go, we got this.

“Big thanks to Red Bull Racing and everyone who supported me through this journey.

“I’m extremely grateful for this.”