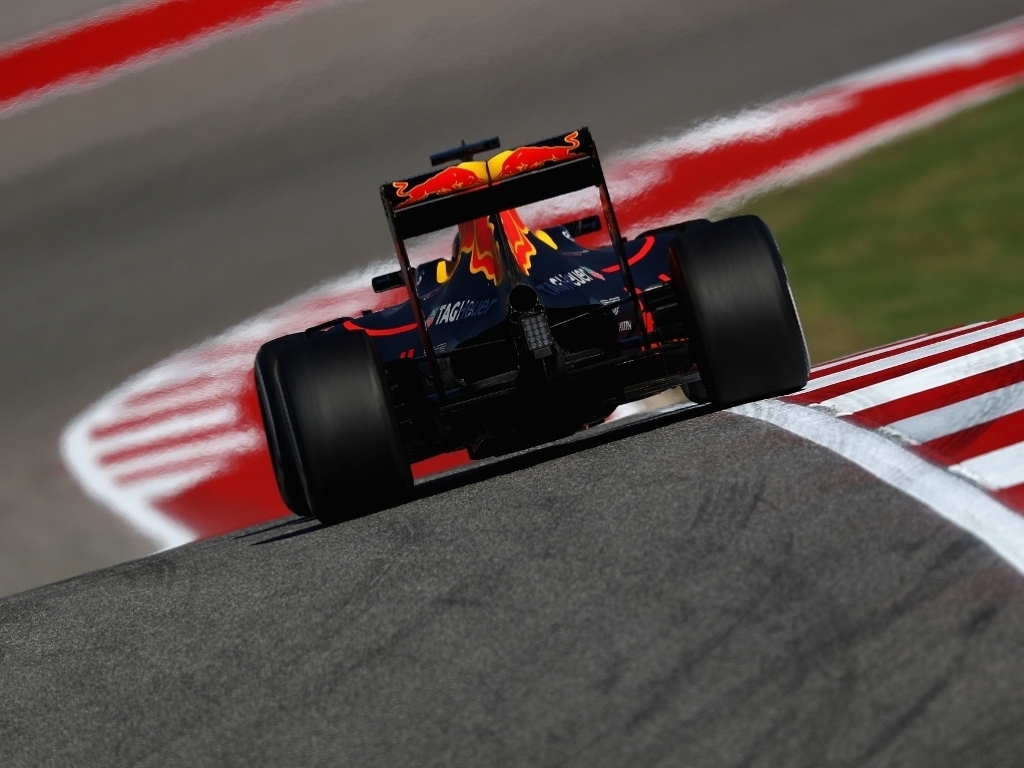 Despite splitting Mercedes drivers Nico Rosberg and Lewis Hamilton in FP2, Daniel Ricciardo refused to get ahead of himself as he feels the Silver Arrows still have plenty to show for the rest of the USA Grand Prix Weekend.

The Aussie driver improved impressively on his seventh fastest time in FP1 as he managed to place P2 in Friday’s final session.

On Red Bull’s pace, Ricciardo is feeling optimistic going into the qualifiers and Sunday’s race, but is wary of Mercedes.

“I think the low-fuel pace was OK; it looks good. I think we can find a bit more, but I’m sure Mercedes as well will have a bit more,” the 27-year-old revealed.

“But looking at where Ferrari were it was a solid day.

“I think also our long-run pace, we’re happy with that. It felt like we got some good, consistent laps out of it and we were able to really chip away at it all day.

“We made progress from P1 and I’m pretty happy with where we ended up. Hopefully not too much on tonight, a little bit of fine-tuning, and that should be it.

“If we’ve got the pace we had today against the Mercedes on Sunday then it’s going to be a fun race. I think we will have some overtaking ahead of us.

“I’m not sure where they are with engines, how conservative they’re running, but today we looked good, so we’ll see what happens over the next 24 hours.”