Home Uncategorized Ricciardo: It was a crazy race 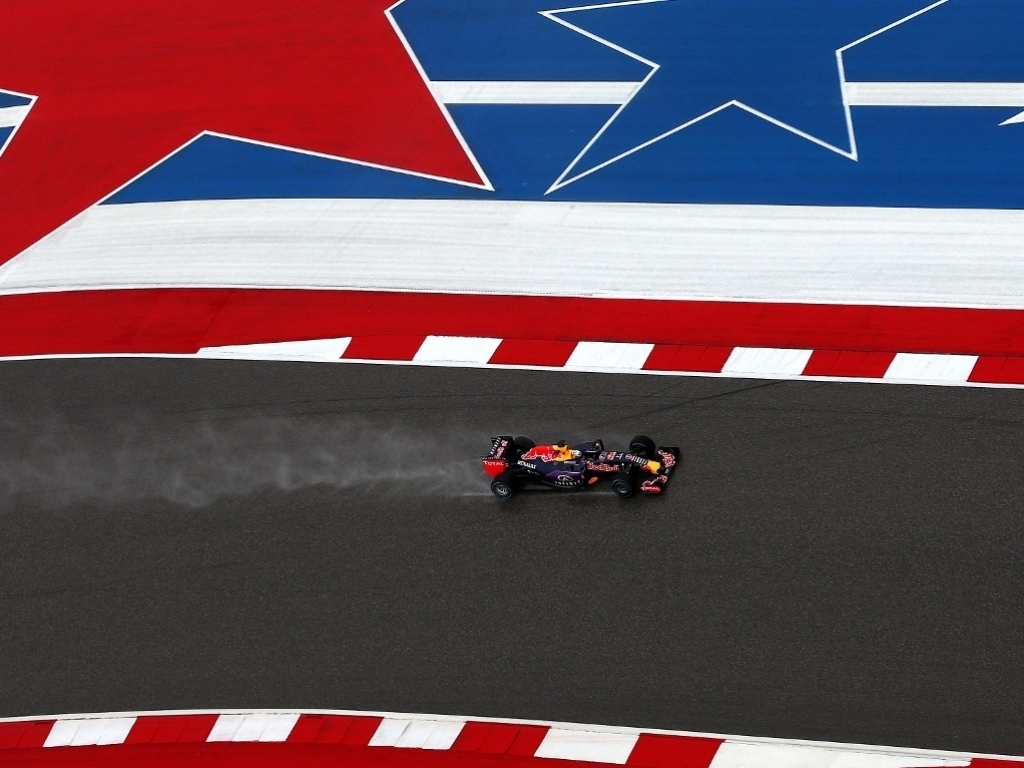 He may have finished the United States GP with just one point, but Daniel Ricciardo had plenty of fun during the early stages of the race.

Having started third on the grid behind the Mercedes duo of Nico Rosberg and Lewis Hamilton, Ricciardo as well as his Red Bull team-mate Daniil Kvyat made a good start and were ahead of Rosberg after lap 1.

There were several positional changes, but Ricciardo passed Hamilton at Turn 18 on lap 16, but Rosberg regained the lead from the Australian on lap 22 and sadly it was all downhill from there for him.

He couldn’t find any pace in the slicks while he also made contact with Nico Hulkenberg, which left his car with some damage, and he eventually finished P10.

“The beginning was really fun between both Mercs and both Red Bulls,” Ricciardo said. “It was a good four-way battle. To see the Mercs not getting away from us was awesome. I was enjoying that. In the lead we were quite quick for a few laps and it felt like old times.

“That obviously didn’t last long and once we put the slicks on we just didn’t have the pace. We struggled with the warm up with the tyres and also struggled a lot with braking today.

“It was so tricky in the dry and then obviously there were the collisions with Hulkenberg and Carlos [Sainz]. It went downhill from then on. Even though we were on slicks it was never really dry out there.

“The kerbs were slippery and there was still a bit of a puddle through Turns 9 and 10, so it was definitely tricky. Dany spun off just in front of me on to the astroturf and into the wall. It was a crazy race and I hope the fans enjoyed it as it was quite action packed.”