Home Uncategorized Ricciardo: Lick the stamp and send it 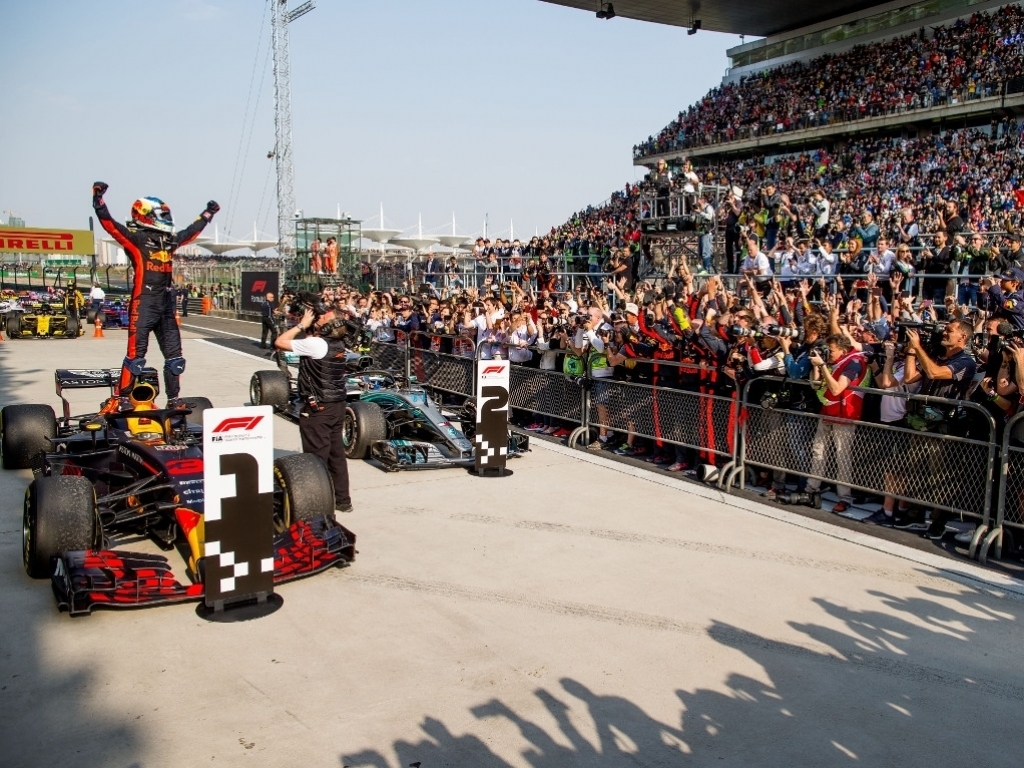 Daniel Ricciardo handed out a lesson in overtaking as he picked off Sebastian Vettel, Lewis Hamilton, Kimi Raikkonen and Valtteri Bottas to win the Chinese Grand Prix.

Sixth as the race resumed after a Safety Car period, Ricciardo used his fresh ultrasoft tyres to slice his way through the field.

Just over 24 hours after he was a reported two minutes shy of missing qualifying because of a turbo failure in final practice, Ricciardo raced his way to the victory in Shanghai.

“I don’t seem to win boring races. That was unexpected.

“24 hours ago I thought we may be starting at the back of the grid. Thanks to the boys, today is the real reward for that. The mechanics worked their butts off.”

Ricciardo, though, had to work for the win.

While he was given a huge helping hand by Red Bull’s decision to pit him behind the Safety Car, putting him on new ultras for the final stint of the race, he still had to pass several drivers including World Champs in Vettel, Hamilton and Raikkonen.

“It was hectic,” he said. “I heard Safety Car and they said we are going to double stop, come.

Speaking about his move on Hamilton, which saw him come from nowhere to late-brake his way past the Mercedes driver into Turn 14, he said: “Some times you’ve just got to lick the stamp and send it.

“Obviously I knew i could get a little more out of the braking them him.

“You know you have one chance to try so i made the most of every opportunity.”

The winning move, though, was that on Bottas for P1.

“It was close, I think hard but fair.

“I saw him defend so I wanted to go shallower but I thought about pulling out… Kidding.

“I always knew there was enough room and my tyres had pretty good grip so worse case I’d go wide and have another go.”