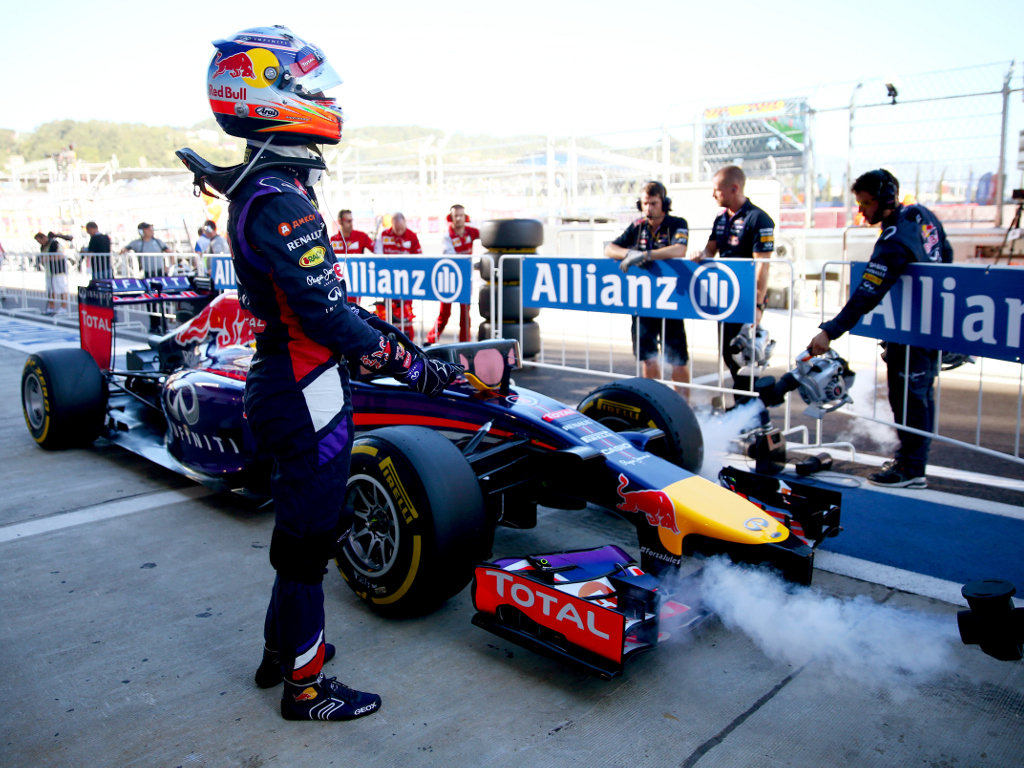 Stepping into a team alongside a four-time Champ, Daniel Ricciardo says he refused to be awed and made Red Bull his “playground.”

The Aussie headed to Red Bull Racing at the beginning of this year with many wondering how he would cope with taking on Sebastian Vettel at the four-time World Champion’s team.

A stellar first season, though, has seen Ricciardo emerge as the stronger of the two, leading the way in all head-to-heads.

He has 199 points to Vettel’s 143, three races wins to the German’s zero and has qualified ahead in nine of 16 grands prix.

“You’ve got to turn it into your playground!” Ricciardo told The Good Weekend of his approach to the challenge.

“You can dwell on a lot of things in F1 and that’s one of them. For me, stepping into this team I could have had that view and that entrance into the team if I’d chosen too.

“They had to give me an equal chance because I’d shown some speed in the past and even though Seb had been dominant the last few years, they had no reason not to give me an even chance and shine if I could up against him, and show the team I was as capable as him.

“I basically came in and the team were good, from day one they said, ‘You are going to get 100 per cent equality, just go out there and if you can win, go and win’, and that was pretty much the approach I’ve had. Just get behind the wheel, don’t focus too much on Seb, just try and learn from him, but don’t dwell on the fact he’s ‘team leader’, ‘four-time champion’, etcetera, etcetera.

“In fairness to the team they let me come and do as I pleased in terms of my approach to the driving, and that has been an advantage.”

And although Ricciardo is known for having the biggest smile in the Formula 1 paddock, the 25-year-old says he can be “ruthless” when it most matters.

“With my personality it is shown a lot of the time behind closed doors or with a helmet on top of my head. But you need it. There’s no way you can get to the top of anything – sport, business, anything – without having some form of ruthless streak in you, or some form of … yeah, I think ruthless is the right word.

“I genuinely enjoy my job, that’s why I’m smiling a lot of the time, because it’s good fun. I know a lot of kids who’d dream to be in my position so you’ve got to be grateful with what you have, so even on bad days I try to see the positives.

“I’m very competitive, if I have to, let’s say turn it on, I know how to. The switch isn’t hard to find, don’t worry.”

In a separate interview with Autosport, Ricciardo revealed that he was not surprised to hear the news that Vettel is walking away from Red Bull Racing at the end of this season.

“I was pretty open to anything in terms of news I was going to receive – expecting him to leave, expecting him to stay, [but] I wasn’t shocked when he announced that he was leaving,” he said.

“The way I see it, I guess he had done four titles with Red Bull and obviously got an opportunity elsewhere before he sees himself getting a bit too old for the sport.

“He probably wants another challenge.”