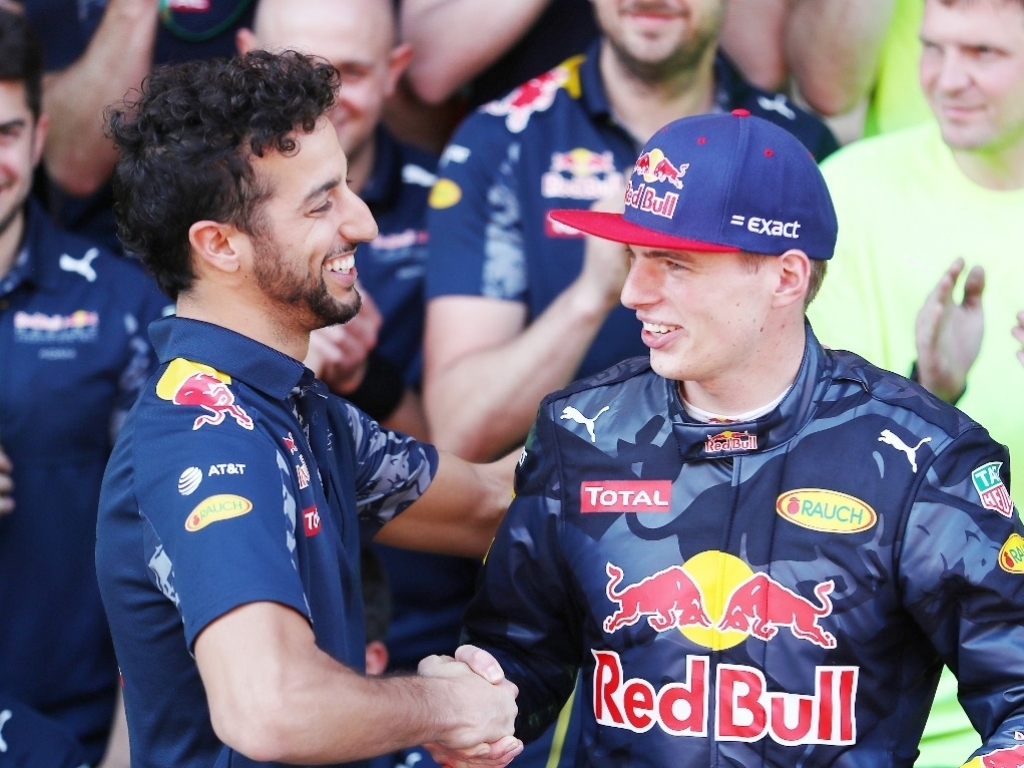 Daniel Ricciardo admits taking on Max Verstappen is a “big” challenge but if he can get on top of it, it will be good for his career.

Last time out in Spain Verstappen claimed the victory as he raced from fourth on the grid to first at the chequered flag.

The 18-year-old kept 2007 F1 Champion Kimi Raikkonen at bay as he wrote his name into F1’s record books – and did so on his Red Bull debut.

“Max is a serious F1 driver and that’s actually really good for me,” Ricciarod said in a Red Bull interview. “It’s definitely a good motivation.

“I said when I joined Red Bull and I came up against Seb [Vettel] that I wanted to come up against the best and challenge myself. Now Max is the newest challenge for me and I think he’s a big one.

“In a way I think that it’s good that he’s having this success because if I can get on top of that then it’s only good for me and probably for both of our careers.”

As for Verstappen’s win, Ricciardo concedes it is “still a hard one to take.”

In the immediate aftermath of the grand prix, which the Aussie finished off the podium in fourth place, Ricciardo said he was “bitter” given that he had led the race before his three-stop strategy dropped him down the order.

Days later, he is still struggling to move on.

“Is it easy to move on? I wouldn’t say easy. Can you move on? Absolutely,” he said.

“It’s been a few days since the race and I still wake up with it on my mind.

“I’m going to bed with it off my mind, but I’m waking up with it on my mind, so it will take a bit of time.

“I think it is more probably because in the last three races the end result hasn’t been what we’ve deserved. I have felt there was something better available for me.

“So now it is just like ‘ah come on’ but at the same time it is racing and that is part of it.”

“So that’s a positive I’m trying to draw myself to. But obviously from a personal side it was massively frustrating.

“It’s a tough one – sure it’s a team sport, but you are doing it for yourself as well.

“It’s as individual as it is team, and that balance is a tricky one to always try and manage, but obviously from a personal side it’s still a hard one to take.”