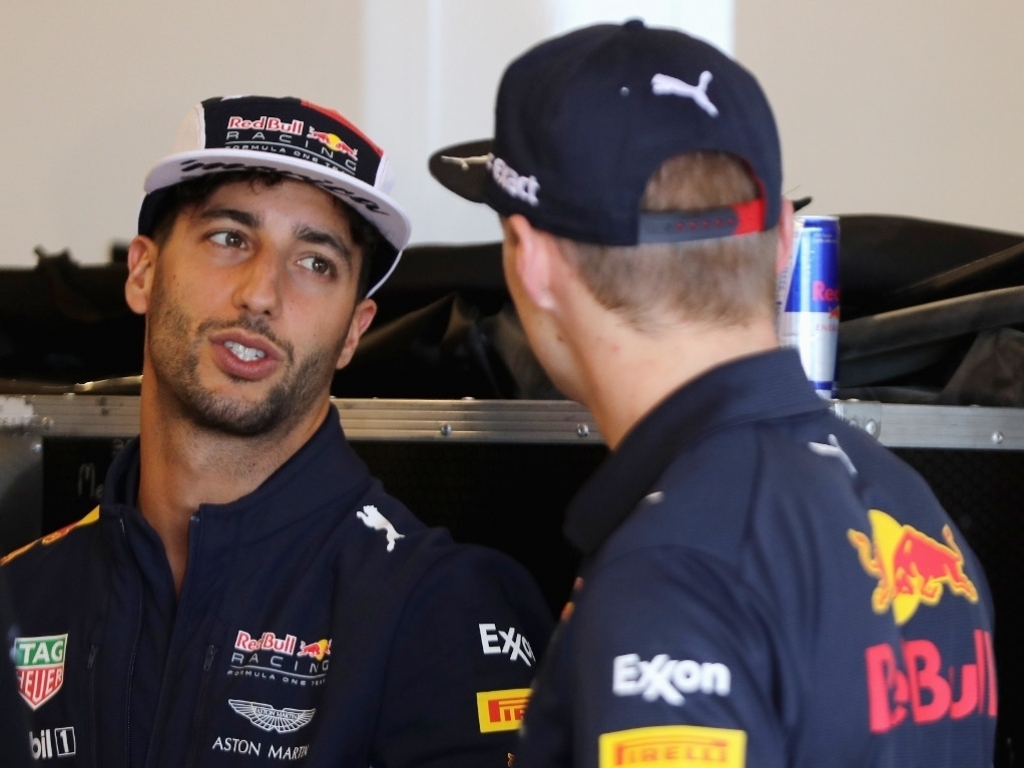 Max Verstappen’s new Red Bull Racing could be a good thing for Daniel Ricciardo, who reckons that’s one less driver in the running for a Ferrari or Mercedes seat.

Earlier this month Red Bull announced that Verstappen had extended his contract and would remain with the Milton Keynes squad through to the end of 2020.

The Dutchman’s new deal means he won’t be in the running for a 2019 race-seat with either Ferrari or Mercedes.

And that, Ricciardo says, it good for his own chances.

“I don’t think it’s hurt me in any way,” said the Aussie.

“If anything it has made my position a bit stronger.

“If Max was on the radar of a Ferrari or Mercedes, that’s removed one opponent in a way.

“And obviously Red Bull have expressed that they want to keep us as a pairing.

“It certainly hasn’t hurt me, and I think I can be patient for now.

“I’ve obviously got the start of next season on my side, I can see where we are at as well, with Red Bull, and then play it out.

“I’m not going to pull the trigger on anything early. I think I should be smart and take my time.”