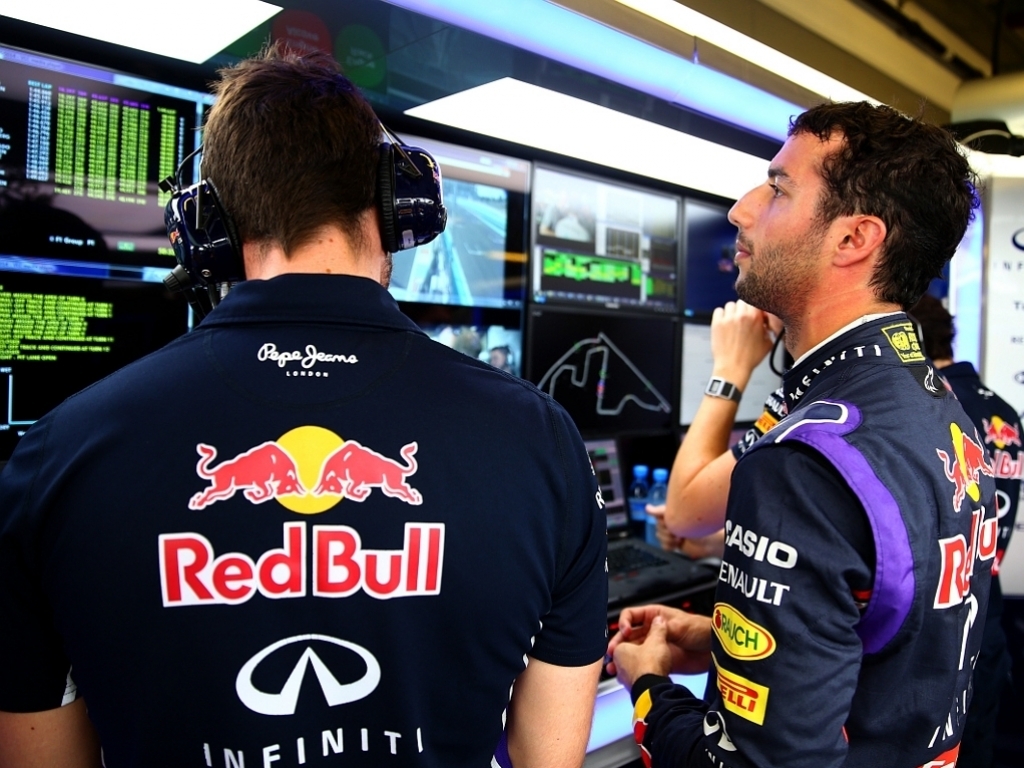 Daniel Ricciardo believes McLaren-Honda is the team most likely to cause an upset during the 2015 Formula One season.

"I expect Williams to be strong again, but the big question mark is McLaren with Honda," Ricciardo said during a Red Bull media event at their Milton Keynes baseon Tuesday.

"I am actually excited to see how they go. They have obviously got the potential to do very well.

"That is probably the one that everyone is going to be watching to see what sort of step they have made and what they bring to the table."

The Australian, a winner of three races in 2014, believes changing their engine supplier allows the Woking outfit to make up lots of gains on the field, potentially.

"For the rest, there will be standard steps. But it will be interesting to see what McLaren can do," he said.

"It is a curiosity. They are the one team that is probably more unknown.

"Ferrari have the opportunity to make a good step. They underperformed last year but there is probably no real strong signs [to suggest] they will gain a second, whereas McLaren could gain that second if everything gels with Honda.

"No one knows how quick the Honda can be, which is why I am saying it will be more exciting to see whether they are really quick or if they are back in the pack."

Ricciardo admitted that Red Bull’s chances of impressing this year depends largely on the gains Renault makes, but remains confident that the Milton Keynes outfit will be able to make up some ground to Mercedes.

"It was pretty awesome how we won three races last year, when they were so dominant," Ricciardo added.

"Whether they had problems or not, we still put ourselves in the right position.

"So if we can halve the gap, and at least start the season like that, then it is a good start.

"Then we can try to apply a bit of pressure as the season goes on – and try to be perfect. For when they are not perfect, then we can put pressure on them."