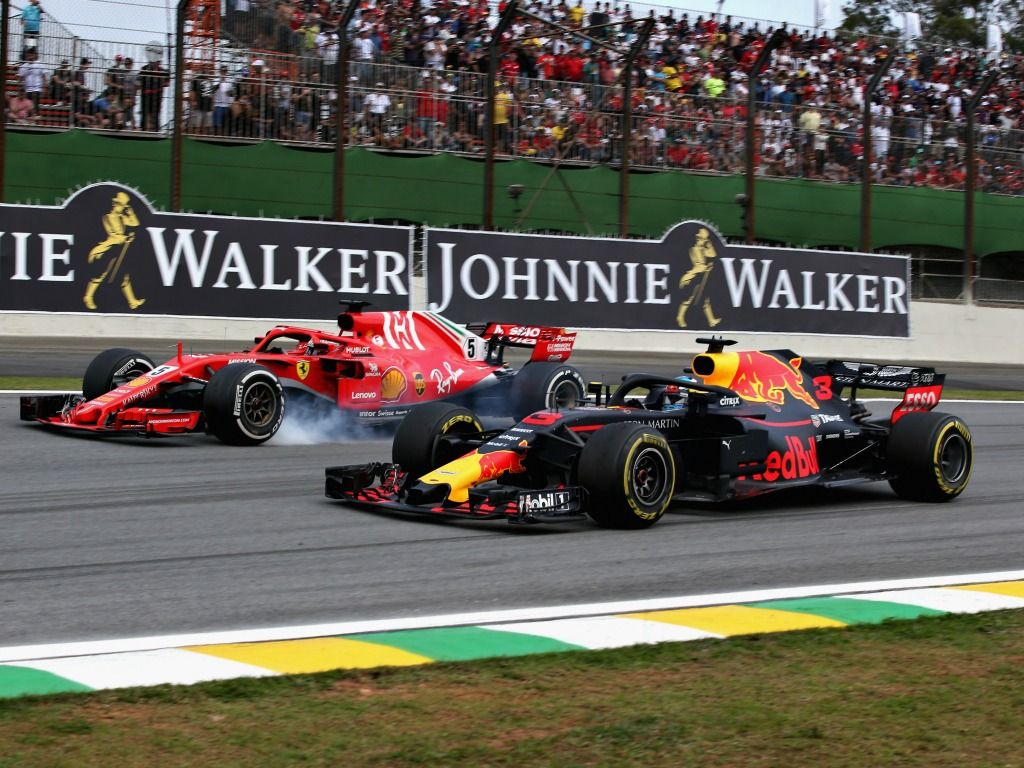 Daniel Ricciardo has said he is “not angry” with Red Bull or himself after missing out on a podium finish in Brazil.

Ricciardo’s podium drought has now extended to a miserable 14 races after coming home P4 at the Brazilian Grand Prix.

The Aussie had a five-place grid penalty for a new turbocharger to initially overcome in Interlagos, but showed excellent pace to finish within touching distance of the podium steps.

Ricciardo was just about held off by Ferrari’s Kimi Raikkonen, yet he has “no regrets” about he and Red Bull ran his race.

“We had the pace but I don’t have any regrets,” Ricciardo said back in the paddock at Interlagos.

“I don’t feel I lost a podium or the team lost it for me. We did everything we could. So, I am not upset about that.

“I just feel like every time we start out of position or at the back, we have a fast car. So it is just a bit of built up frustration. But the race was fun.

“They [Red Bull] left me out at the beginning and let me attack at the end but I’m not angry at anyone, just upset that we just missed the podium when we definitely had a car quick enough.”

Ricciardo was buoyed by Red Bull’s pace at a track not expected to suit the RB14 and is encouraged that there could be one last moment of joy with the team before he joins Renault.

“We had a surprisingly had a very fast car today,” Ricciardo added.

“I know we were better than fourth but anyway I get one more chance with the team to get up there.

“With the pace we had today I really have some optimism going to Abu Dhabi. I feel that is always a stronger track for us than this is.”