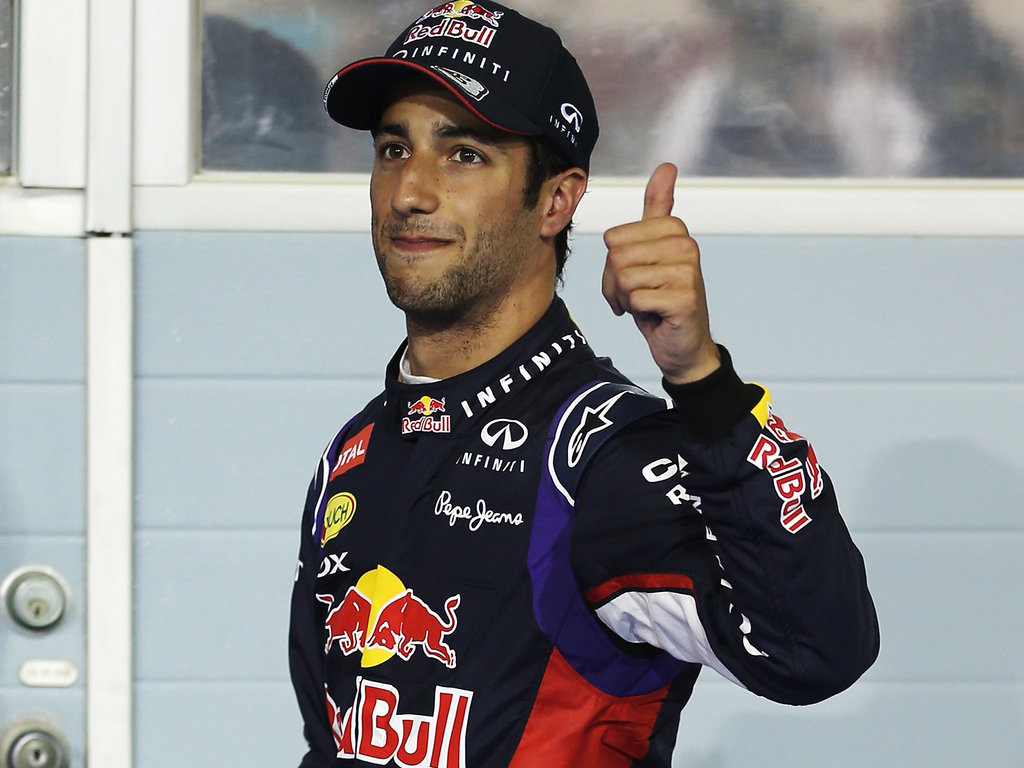 Despite being the closest challenger to Mercedes, Daniel Ricciardo will need to rely on strategy just to score points in Bahrain.

It was a good showing from the Australian, who was the only driver aside from Lewis Hamilton to get within a second of Rosberg’s P1 time.

“Really pleased with the performance,” Ricciardo said when joined the Merc duo in Saturday’s press conference. “At moment it’s the best anyone else can do behind the two guys alongside me.

“We’s still got ground to make up on them but I’m pleased with qualifiying tonight.

“It’s been really tricky, the temperature drops a lot for the evening sessions and as you saw in P3 we were a long way off but it turned around this evening – it’s nice to close the gap.

“Tomorrow, unfortunately, I don’t stay at the front here, so there’s work to do and we’ll move forward from there.”

Ricciardo will drop ten places on the Sakhir grid on Sunday night after being hit with a penalty for an unsafe release at the previous race in Malaysia.

The Red Bull racer, though, is refusing to rule out the chance of making up good ground in Sunday’s race and says he may look to strategy to do just that.

“We’ve got some good guys in the office back there who I am sure will do what they can to get me as far up the front as possible.

“It’s close between two and three stops and maybe there is a bit of room for us to try something from there.”