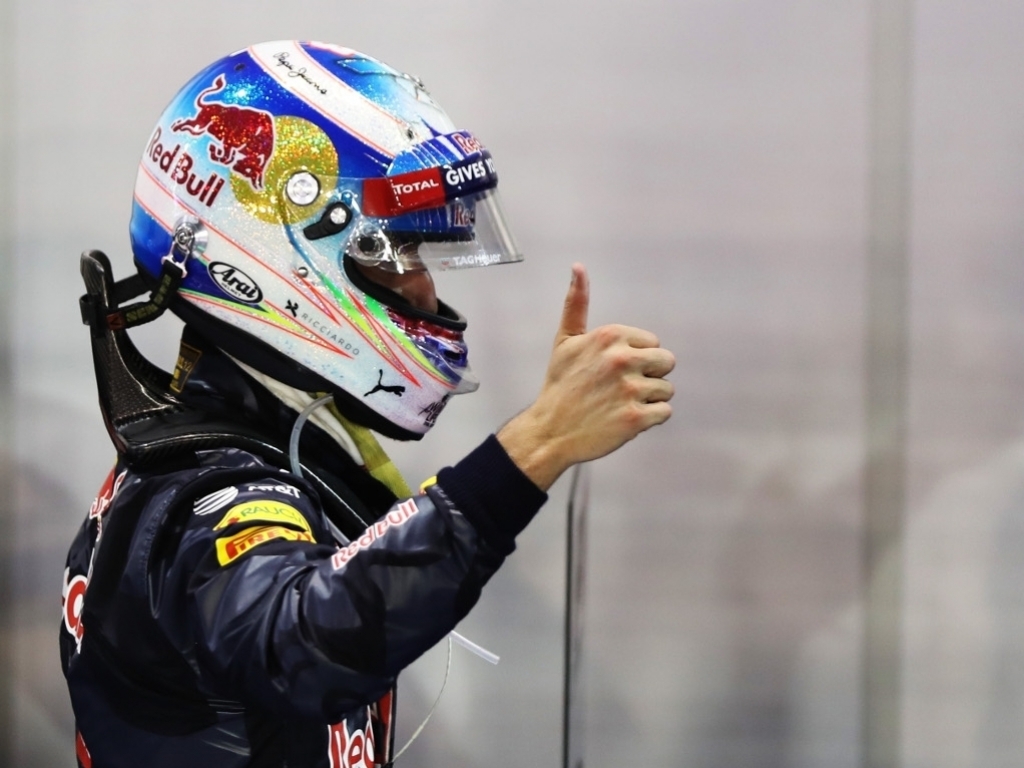 With ten laps left in the race, the Red Bull driver threw the kitchen sink at his German rival in one of the most intense finishes to a Grand Prix this season.

Rosberg was told to manage his brakes and tyres towards the end, which prompted Ricciardo to cut a 20 second lead to just half a second on the final lap at the Marina Bay Circuit.

During the post race interviews, the smiling Australian said that it was great to up on the podium again fighting for a win.

“We have come very close this year, and on numerous occasions, but I’m not going to stand up here and be disappointed.

“We tried something at the end with the strategy and we got within half a second.

“It was close. We are up here again and it feels great.”

Asked about that decision to make a fourth stop, which spiced up the Grand Prix, he replied: “It was close, as soon as we did the pit stop we thought Nico was going to come up.

“I was hard on those tyres so by the end they were a little bit dead but at least we got close which made it exciting.”