Home Uncategorized Ricciardo ‘not discouraged by the pace’ 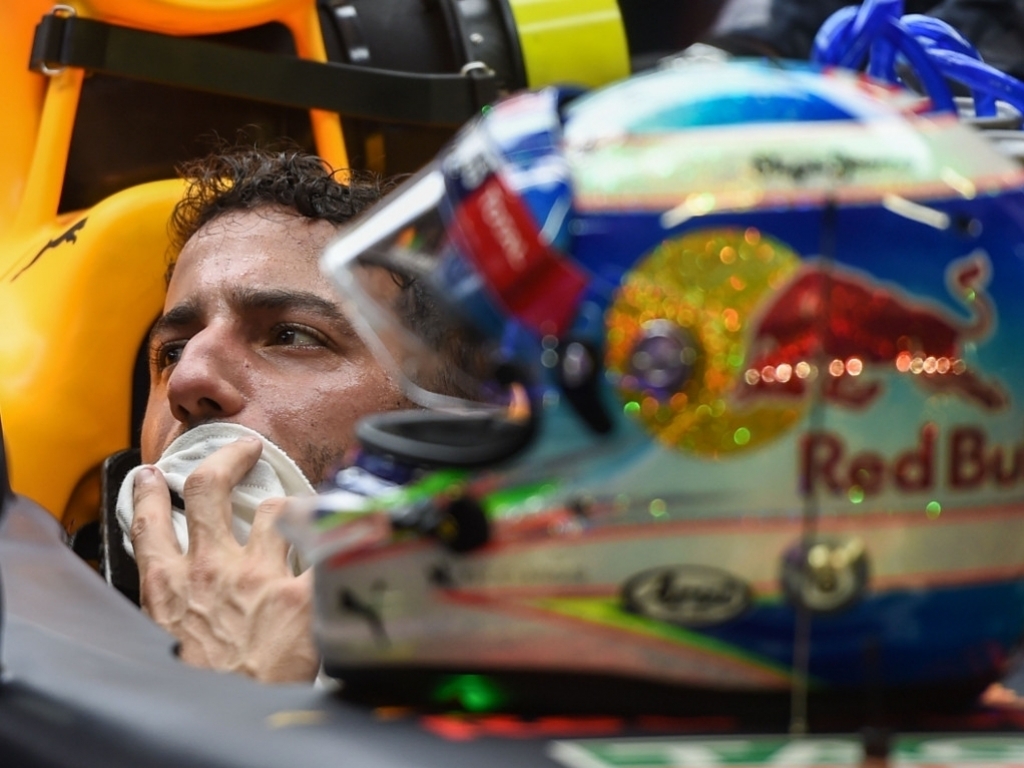 Daniel Ricciardo has revealed that he is unconcerned about Red Bull’s pace even though they were unable to match Mercedes driver Nico Rosberg in FP2 at the Singapore Grand Prix on Friday.

Red Bull are considered to be favourites for victory given the layout of the Marina Bay circuit and made their presence felt in FP1 as Max Verstappen and Ricciardo clocked the fastest and second-fastest times respectively.

In FP2, Rosberg set the pace, while Verstappen and Ricciardo had the third and four-fastest times respectively.

“I think we had to work with it today and I think we can find a few things tonight, I am not discouraged by the pace,” Ricciardo said. “I think where we are is pretty good considering where I think we can be with the car. I think there is still a lot more we can get out of it.

“If we find that, I think we will be looking alright tomorrow. As predicted, three teams are all there within half a second.”

Ricciardo also believes that he and Verstappen are capable of starting from the first row of the grid in the race on Sunday if they put up a strong performance in qualifying on Saturday.

“That is the plan. It is close. If we get it right with the changes tonight, then tomorrow we will come out strong,” he said. “We knew they [Mercedes] wouldn’t have a massive gap here this weekend. We know if we get it right we can be very close in qualifying.”