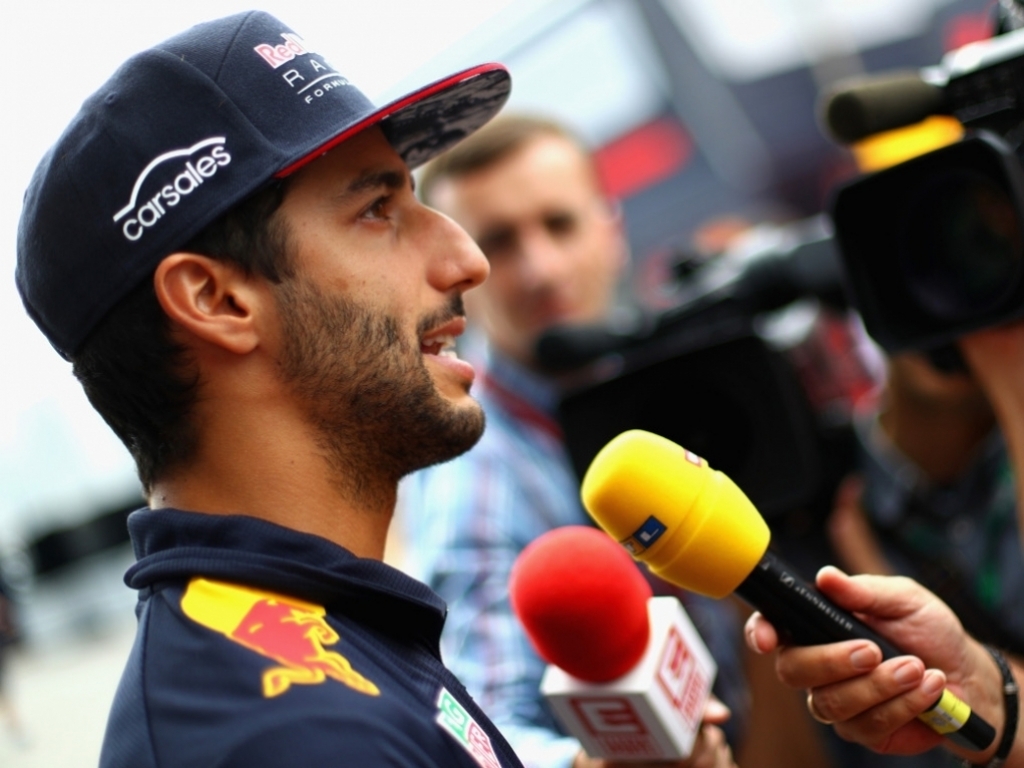 Daniel Ricciardo revealed that his early FP1 run in Monza was to ensure that if anyone had an equivalent penalty to his 20 places, he would start ahead.

It was an unusual sight with Ricciardo waiting at the end of the pit lane for first practice to begin on Friday morning.

He initially laughed it off, saying: “I’m just a full-blown keeno.

“I put keen to a new level.

“Woke up at 5 this morning and I just wanted to get on the track.

“Basically just waited at the end of the pit lane until it went green.

Pointed out to him that it meant his penalties – a 20-place engine grid penalty – would be applied first on Sunday’s grid, he said with a grin: “Yeah.

“If someone had the equivalent penalty to me they would start behind me.

“We were just being one step ahead of the game.”

As for his day’s play, which saw him finish sixth quickest in FP2, some 1.3s down on Valtteri Bottas, he said it was a good day especially when Red Bull switched to race set-up.

“With fuel it felt good.

“Our priority was the long run and we have better pace with that so not bad.”