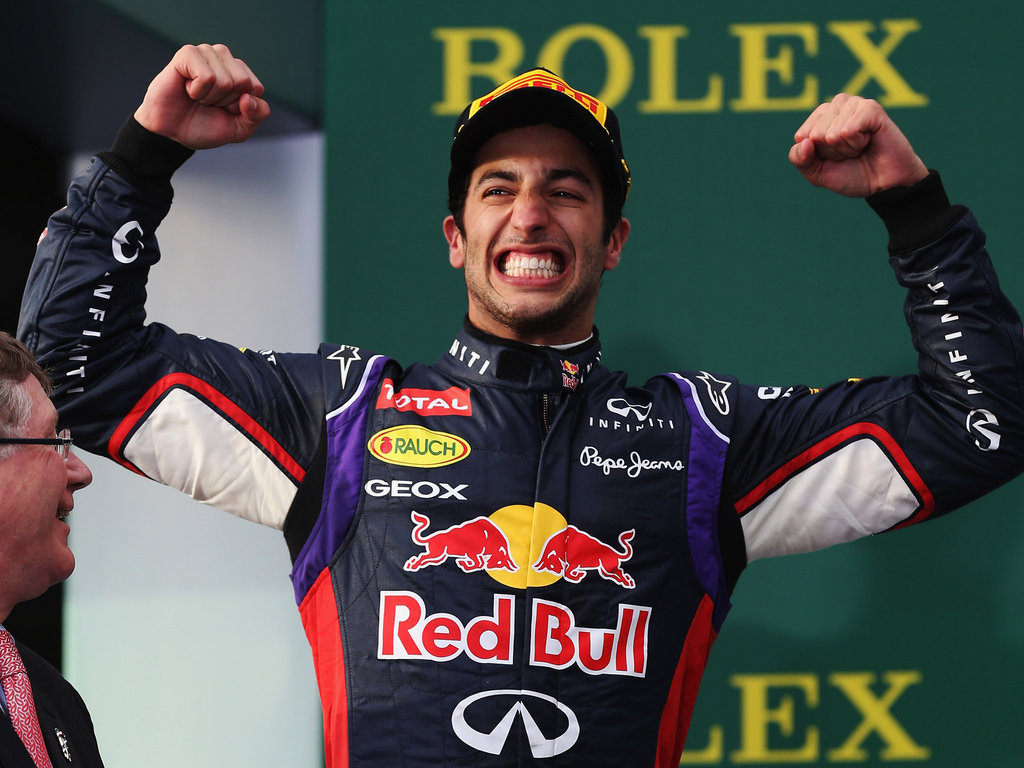 If Daniel Ricciardo was allowed to bet on F1 races he would probably have lost a lot of cash on the outcome of his Australian GP.

With Red Bull enduring a nightmare pre-season, many felt it would take a minor miracle for both Ricciardo and Sebastian Vettel to see the chequered flag Down Under despite the Australian’s P2 during qualifying.

When four-time World Champion Vettel parked his car after only a handful of laps, it was a case of “here we go”, but Ricciardo didn’t put a foot wrong for the rest of the race.

He maintained second place and, although he came under a bit of pressure from McLaren’s Kevin Magnussen late in the race, he went on to claim his first podium, much to the delight of the home fans at Albert Park.

“Two or three weeks ago I would have bet pretty much everything that we would not be standing here,” the 24-year-old said. “Full credit to the team for an unbelievable turnaround. I don’t know how they did it but they did.”

He added: “[The team] worked so hard over the winter and clawed back a massive margin. We still don’t have the pace of Mercedes, but it is a result we will definitely take today and make a lot of progress from here.