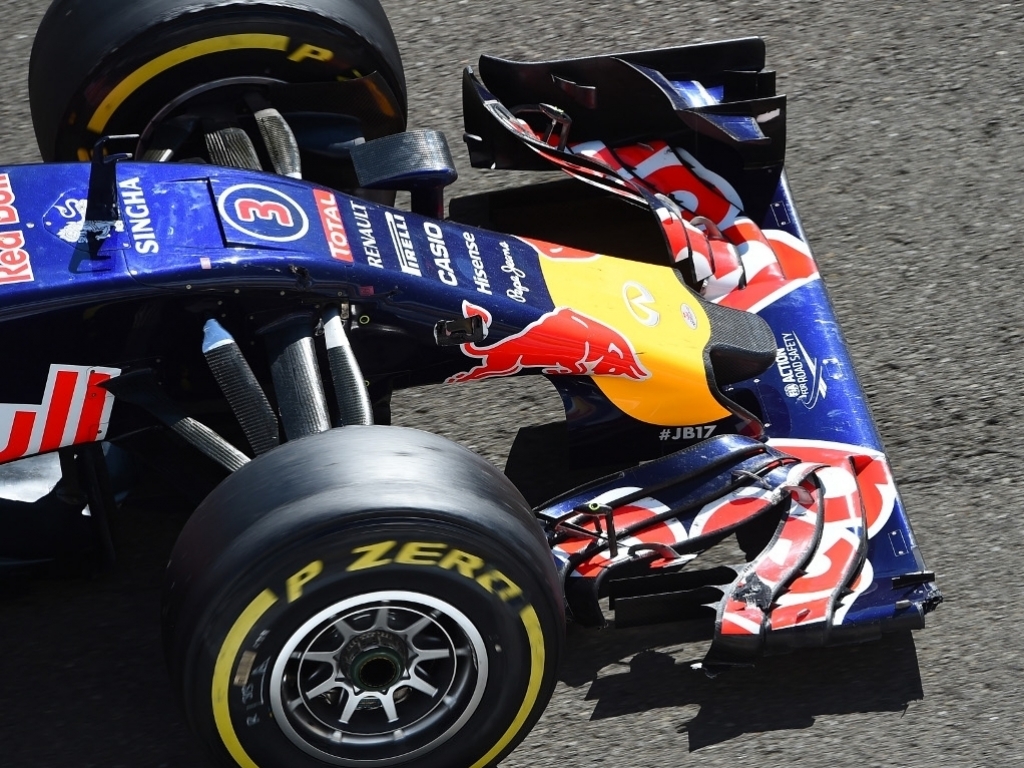 When Daniel Ricciardo said he left it "all" on the track in the Hungarian GP, he really did.

The Red Bull racer was determined to record a great on Sunday and fought hard all the way to the chequered flag.

His race began with a bump, contact with the Williams of Valtteri Bottas, and it almost ended in similar fashion.

Fighting the Mercedes after a late restart, Ricciardo had a coming together with Lewis Hamilton, damaging the RB11's right sidepod, and then had contact with Nico Rosberg.

This time the Aussie could not continue without a visit to the pits as his Red Bull needed a new front wing.

But despite the stop, Ricciardo still achieved his first podium of this season as he finished third to team-mate Daniil Kvyat's P2.

"I had contact with Nico and thought my race was over.

"I left it all on the track today."

The Aussie was one of many to honour Jules Bianchi in his post-race comments, saying it was thoughts of the Frenchman that inspired him on Sunday.

"I gave it everything and I owe my race to Jules," he added. "I gained extra strength today and I owe that to him."