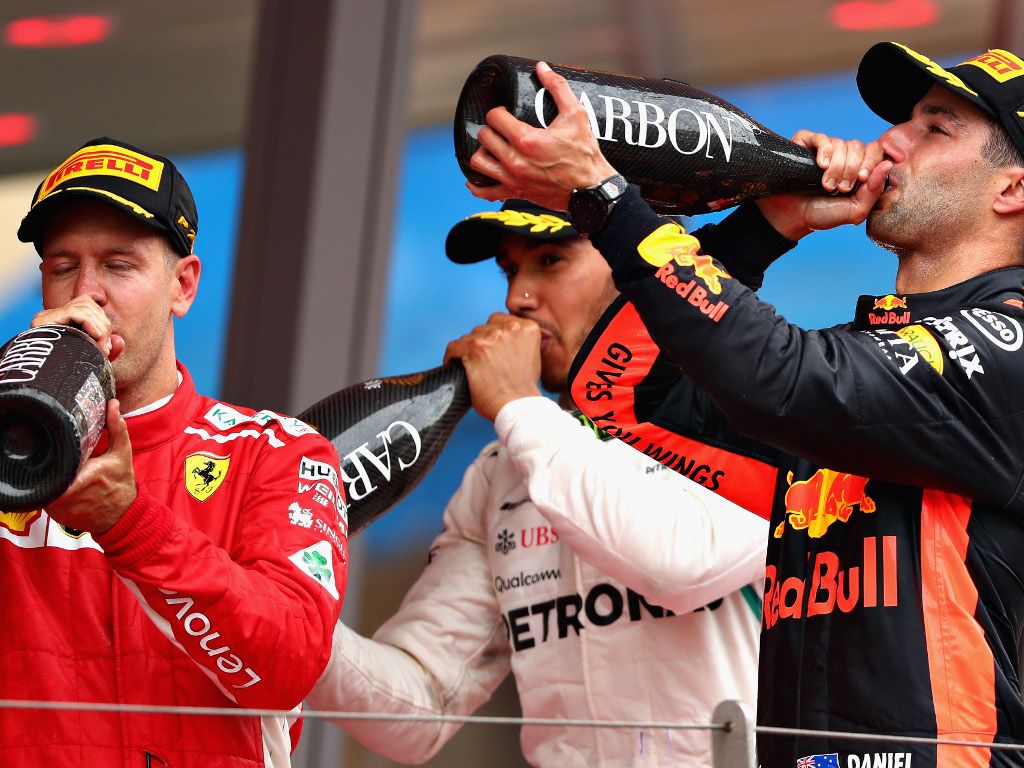 Despite being level with Lewis Hamilton and Sebastian Vettel on race wins for this season, Daniel Ricciardo has downplayed his chances of securing a first World title.

The Red Bull racer claimed the victory in Sunday’s Monaco Grand Prix, his second of this season.

That moved him up to third in the championship on 72 points, 38 behind Hamilton and 24 adrift of Vettel.

His success on Sunday raised the question of whether the Aussie and Red Bull can launch a genuine title challenge, something Ricciardo has played down.

“I think it’s a natural question after a victory,” he said. “I think I got asked after China if it means we’re in the title hunt.

“Lewis still has a pretty good buffer on me, so we’re still on the outside of that.

“It’s not impossible but not really at the forefront of my mind yet.

“But, even if it was, I’m not going to change obviously the way that I’m driving or trying to attack.

“So, yeah, Montreal will be interesting.

“We’ll try to get a few more podiums but we’ve got to probably prove on at least one other circuit before the summer break that we can win again.

“And then maybe we’re a nice little outside chance.”

But while Ricciardo may his doubts, Hamilton believes Red Bull are in the hunt for the titles.

“As far as I am concerned I believe it is already a three-way fight,” said the Mercedes driver. “Definitely.

“Ferrari are still the strongest, and their car was quick here and seems to have worked quite well so far in the season, though they’ve dropped the ball a few times and we’ve capitalised on that. But I still think they are doing the best job.

“Red Bull are due a Renault engine upgrade in the next race, in Canada, so it’ll be interesting to see what that brings Sunday’s race was not the most exciting, but I hope that the fans see this three-way battle as a great race.

“I love it! It’s the greatest challenge that we have ever had. I’m loving that, and going super-deep into all the technical knowledge. I’m really enjoying that.”