Home Uncategorized Ricciardo pleased to be ahead of Ferrari 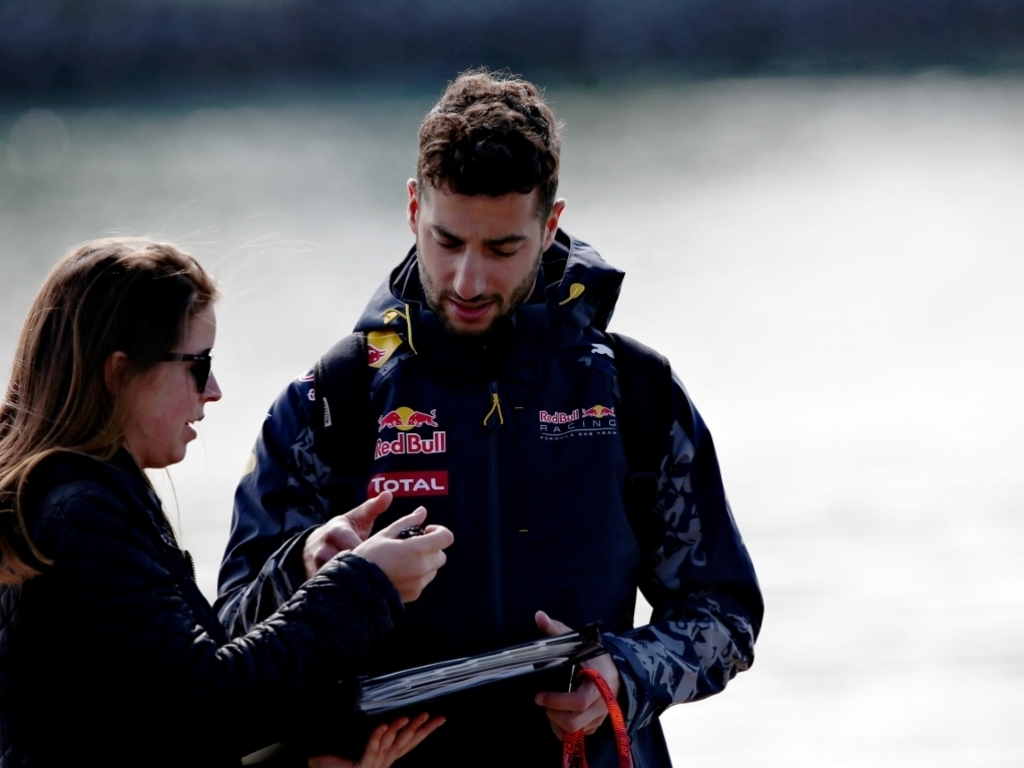 Following Friday’s practice sessions, Red Bull speedster Daniel Ricciardo finished second on the times behind Nico Rosberg, but was pleased he was able to be quicker than Ferrari.

Early in the second session of practice, World Champion Lewis Hamilton slid off at Turn 11 and slammed into the barrier. He was leading the times at that point.

However, once the drivers switched over to supersofts from softs, the Brit’s time slowly fell down the pecking order and ended up fifth fastest by the end of the day.

With Ricciardo and his teammate Max Verstappen taking the opportunity to go quicker than Hamilton following his retirement from FP2, the Aussie was also pleased to have pipped the two Ferrari’s to P2.

“We’re second best, a bit quicker than Ferrari and more or less where we expected to be,” said the Aussie driver.

“If we can keep our noses in front of Ferrari, that would be nice.

“It [the six tenths gap to Mercedes] is genuine. The supersoft wasn’t great but the soft was a bit better.”