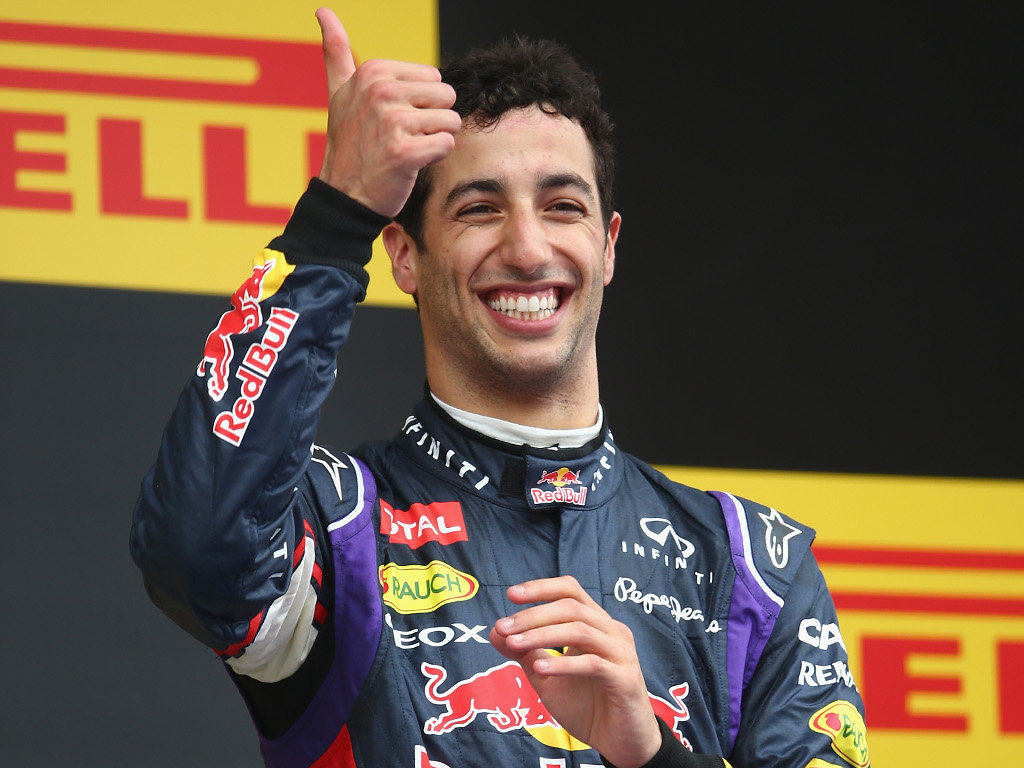 Daniel Ricciardo admitted that third place was about as much as he and the team could have hoped for at the Spanish Grand Prix, after finally finishing on the podium for Red Bull.

After locking out the front row once again, Mercedes pair Lewis Hamilton and Nico Rosberg were a class apart at the Circuit de Catalunya.

Ricciardo, starting from third on the grid, lost a place to Valtteri Bottas early in the race, but after some blistering laps during his second stint of tyres, the Aussie was able to get the position back from the Williams driver, who was on a two-stop strategy instead of a three-stopper.

The Red Bull driver was famously stripped of the second place finish he recorded in Australia after the fuel flow limits on his car exceeded the allowed limits, and he added that he was pleased to finally get the podium for his new team, even though he was never in line to challenge the top two.

“We did not have the pace on Mercedes,” Ricciardo added after the race.

“We had a pretty comfortable third place and it is really nice to be on the podium and I am sure I will get to keep it this time!

“I just had to make the tyres last.

“Mercedes were a long way ahead. Coming into the race we knew a boring one would be good for us.”

Nevertheless, the Aussie rued the fact that he was unable to make a better start and perhaps split the Mercedes duo at the front of the pack.

“I didn’t get off as well as I would have liked at the start but then it was just about the strategy. I was maintaining focus and even though I had a big buffer to fourth place I wanted to maintain intensity and not get complacent.

“I think we need a lasso onto the back of the Mercedes and let them tow us along. It is a massive gap but I am sure we will get there. We all know what Mr Newey is like, as well as the 600 other people at the team.”