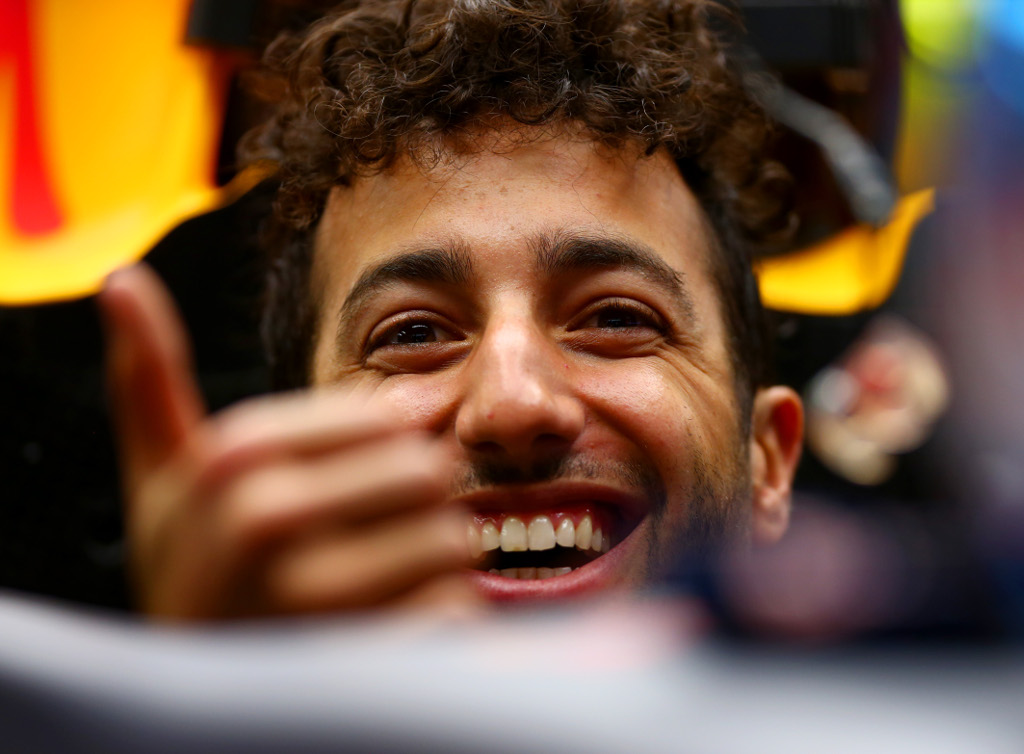 Daniel Ricciardo says the “progress is definitely there” after running Renault’s upgraded power unit in testing at the Barcelona circuit.

The Aussie was in action on the opening day of the two-day in-season outing and covered 89 laps in his RB12.

His Red Bull was fitted with the latest upgraded Renault engine, which the French manufacturer are running for the first time this week.

Although Ricciardo was sixth on the timesheets, a full second down on Ferrari’s Sebastian Vettel, he says the engine is a step forward.

“Yeah, I think so far we are pretty happy with how it is all looking,” he told Motorsport.com.

“We will see what they find tonight, but it was all pretty reliable and everything ran as smooth as it could I think.

“The progress is definitely there.

“Now to make that next step, that is the last little step we are after to try to really get on Mercedes. But we are getting closer. That is exciting.

“Monaco will be our best chance yet [to win]. We had a good chance at the weekend – but for pure speed, Monaco should be interesting.”

For now, though, Renault only have plans to race the upgrade in Montreal but Ricciardo is hoping they will push it forward to Monaco.

“We will try to take what we can, but we will see,” he said. “If we can get it, for sure we would love it. It will be a matter of time for now.”