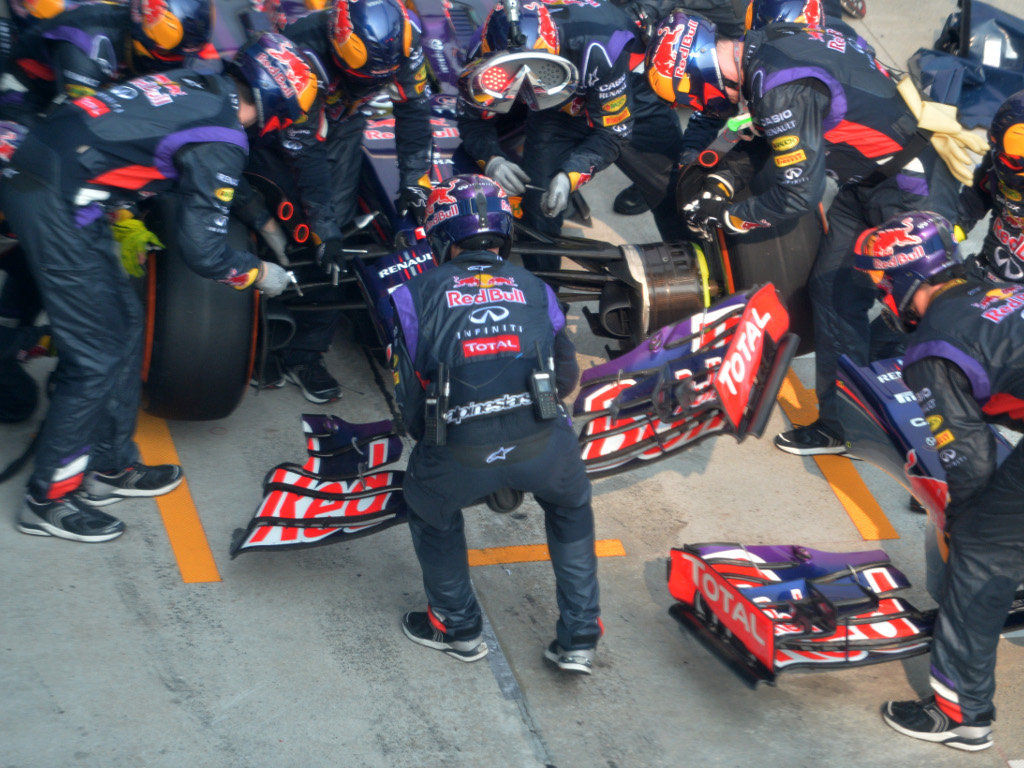 Daniel Ricciardo and Red Bull were left scratching their heads following the Malaysian GP after the Australian suffered a broken front wing.

The 24-year-old had an eventful race at Sepang as he was mixing it at the front during opening few laps, but once the dust settled he was comfortably in fourth place and appeared set for a good haul of points.

However, disaster struck during his second pit stop and two “unfortunate” incidents later he was forced to retire.

First the team didn’t attach his left-front wheel properly and he was forced to stop in the pitlane before being pushed back to sort out the problem. Then he suffered damage to his front wing, forcing him to go back to the pits and, although he rejoined the track, he retired not too long after that.

“I guess everyone thought the tyres were on. As soon as I left I could feel something wasn’t right and the left front was loose,” Ricciardo is quoted as saying by Autosport.

“I stopped and was pushed back, and a lap later I had a broken front wing and a puncture. I don’t know how that happened.

Red Bull team principal Christian Horner admits they will have to study video footage first before they will get to the bottom of the Australian’s woes.

“It doesn’t look like the car has got on the jack properly [at the pit stop]. The front-left then didn’t attach. We think the problem with the wing may well have been done on the front jack we need to take a look at the video,” he said.

“He got stuck in at the start and he is a real quality act and I have been nothing but impressed with him since he arrived. I think there is a lot to come from him.”