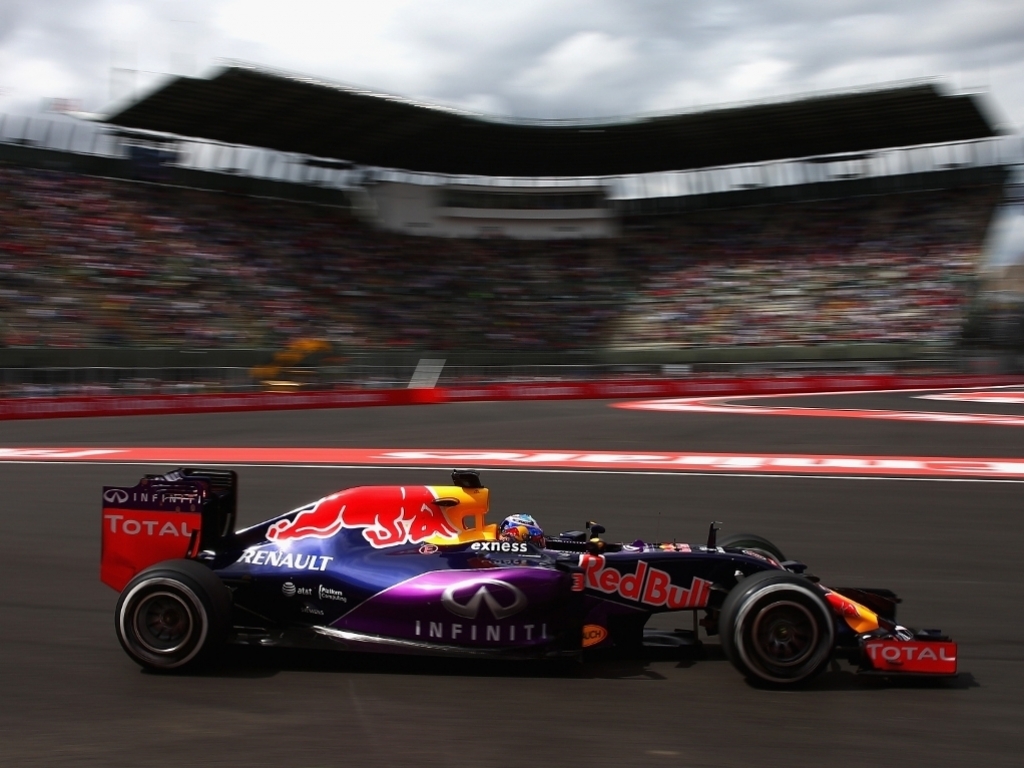 Red Bull made a competitive debut at the high-speed Autodromo Hermanos Rodriguez on Friday, much to Daniel Ricciardo's delight.

Ricciardo's team-mate Daniil Kvyat was second fastest in both FP1 and FP1 while the Australian was P5 in the morning and then improved to third place later in the day.

Although Nico Rosberg from Mercedes was fastest in FP2, Kvyat was only 0.245s off the German's pace, giving Ricciardo plenty of reason to be optimistic about Red Bull's chances for the Mexican GP despite teams struggling with the high altitude and air pressure.

"I think what you lose from the engine and everything you gain from the air's so thin," he said. "The car is a lot more slippery, from what I understand, down the straights. It still feels pretty quick to be honest.

"We seem competitive today, I don't know how much Mercedes, Ferrari and Williams have tomorrow but seeing that the straights are long I think we're doing okay."

There was plenty of slipping and sliding during both sessions due to a combination of the newly laid asphalt and a few spots of rain.

Ricciardo, though, believes it will make for an interesting race weekend.

"It's pretty good. I think the track's got a lot more potential, in terms of its so slippery out there," he said. "Even in the afternoon when it was dry the high-speed stuff was still very slippery as if it was still damp.

"I think it's just the new track and a bit of water this morning and probably the oil from the tarmac coming up – once it grips up I think it will be pretty fun."